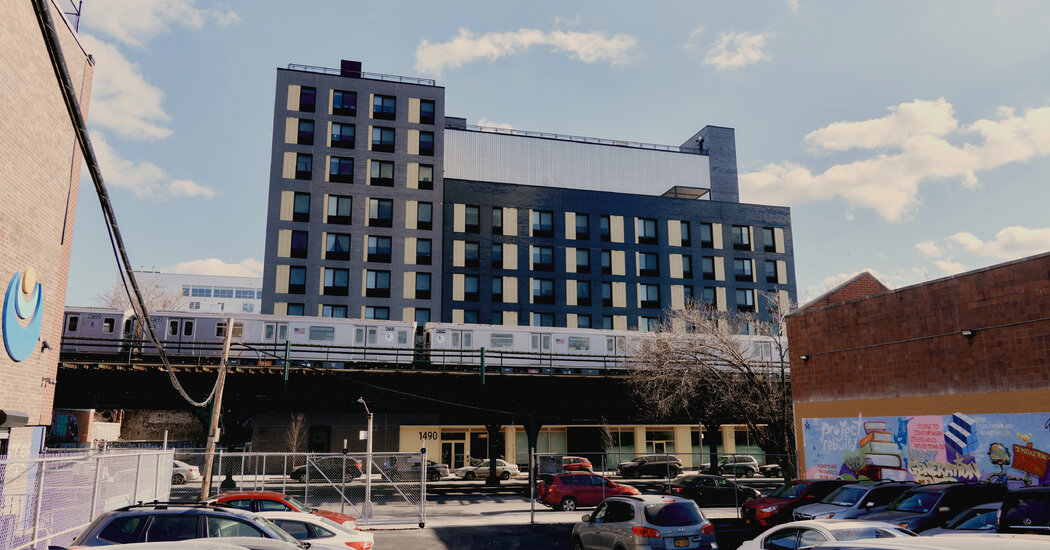 Employees of a 22-member firm, Bernheimer Architecture, announced Thursday that they had formed what appears to be the country’s only formal union at a private-sector architecture firm.

The architects will join the International Association of Machinists and Aerospace Workers — and the firm, which specializes in affordable-housing and other residential projects, has recognized the union voluntarily.

“We know that architecture is a discipline and profession that has a legacy of exploitation,” said Andrew Bernheimer, the firm’s principal, who is also an associate professor at the Parsons School of Design. “I am of the opinion that one possible way for things to improve is for educators and professionals to show that they value the people who make all of our architecture happen.”

Architects have long complained about working long hours for pay that is substantially lower than what other highly skilled professionals earn, despite the education and licensing required for the field.

According to a report last year by the American Institute of Architects, most architects make salaries in the low six figures, or less, a decade or more into their careers. Unlike lawyers and doctors, few architects earn more than $200,000 per year even at high-profile firms in large cities.

In interviews, employees said that Bernheimer Architecture paid them fairly by the standards of the industry and that their work hours were reasonable. The firm tries to avoid the 50- to 60-hour weeks that are common at other firms, they said, and provides an hour off for each hour worked beyond 50.

Still, the workers said they hoped to start a broader conversation about the profession’s pay and working conditions. A major issue, many architects say, is that clients don’t value their work the way they value the work of other contractors, like construction firms.

As a result, the architects say, firms feel constant pressure to provide certain services at highly discounted rates or at no charge — for example, when architects prepare proposals for clients, a process that often takes weeks, or perform work outside the scope of a contract.

“We recognize that both the employer and employees in the field of architectural work face constraints and challenges beyond the control of any individual firm,” the employee group BA Union said in a joint statement with the firm. “By working together we can uplift the profession and industry in ways that we could not by acting alone.”

Union supporters have argued that unionizing can help architects establish industrywide standards for wages and hours, in part by lobbying local governments to impose them.

“When the city gives a contract to a firm, is the city looking to see that the firm doesn’t turn around and make workers work 20 hours of unpaid overtime a week?” said David DiMaria, an organizer with the machinists’ union. “They routinely do that in other industries. It’s an avenue we want to explore.”

Skeptics of the organizing campaign have argued that forming a union is self-defeating because firms will lose business to nonunion rivals with lower labor costs.

Mr. Bernheimer disagrees. “I truly believe it makes our place better, that we’ll provide better architecture,” he said. He added that a collective bargaining agreement, which the firm will soon begin to negotiate, would allow workers to feel more secure in their jobs and reassure them that what they liked about the firm wouldn’t change.

The formation of the union at Bernheimer Architecture follows an unsuccessful campaign at a larger firm, SHoP Architects, where employees filed paperwork to hold a union election late last year only to withdraw it several weeks later.

In explaining their about-face, SHoP employees involved in the organizing cited a “powerful anti-union campaign,” while the firm said the withdrawal of the election petition “reflects our staff’s clear desire to determine our collective future together as an employee-owned firm.”

Despite the reversal, the SHoP campaign appears to have prompted interest among other architects, including those at Bernheimer. Mr. DiMaria, the machinists’ union organizer, said six to 10 union campaigns were at various stages across the industry and in a few similar industries, many inspired by the effort at SHoP.