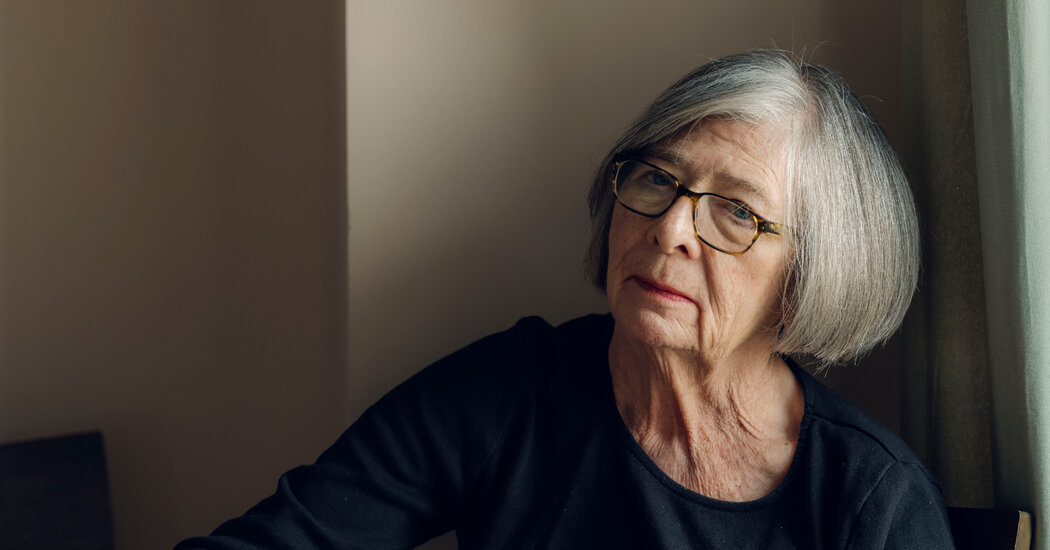 Barbara Ehrenreich, Explorer of Prosperity’s Dark Side, Dies at 81

It was a casual meeting.

Over salmon and field greens, Barbara Ehrenreich was discussing future articles with her editor at Harper’s Magazine. Then, as she recalled, the conversation drifted.

How could anyone survive on minimum wage? She mused. A tenacious journalist should find out.

Her editor, Lewis Lapham, offered a half smile and a single word reply: “You.”

The result was the book “Nickel and Dimed: On (Not) Getting By in America” (2001), an undercover account of the indignities, miseries and toil of being a low-wage worker in the United States. It became a best seller and a classic in social justice literature.

Ms. Ehrenreich, the journalist, activist and author, died at 81 on Thursday at a hospice facility in Alexandria, Va., where she also had a home. Her daughter, Rosa Brooks, said the cause was a stroke.

Working as a waitress near Key West, Fla., in her reporting for “Nickel and Dimed,” Ms. Ehrenreich quickly found that it took two jobs to make ends meet. After repeating her journalistic experiment in other places as a hotel housekeeper, cleaning lady, nursing home aide and Wal-Mart associate, she still found it nearly impossible to subsist on an average of $7 an hour.

Every job takes skill and intelligence, she concluded, and should be paid accordingly.

One of more than 20 books written by Ms. Ehrenreich, “Nickel and Dimed” bolstered the movement for higher wages just as the consequences of the dot-com bubble snaked through the economy in 2001.

“Many people praised me for my bravery for having done this — to which I could only say: Millions of people do this kind of work every day for their entire lives — haven’t you noticed them?” she said in 2018 in an acceptance speech after receiving the Erasmus Prize, given to a person or institution that has made an exceptional contribution to the humanities, the social sciences or the arts.

Ms. Ehrenreich noticed those millions throughout a writing career in which she tackled a variety of themes: the myth of the American dream, the labor market, health care, poverty and women’s rights. Her motivation came from a desire to shed light on ordinary people as well as the “overlooked and the forgotten,” her editor, Sara Bershtel, said in an email.

Barbara Alexander was born on Aug. 26, 1941, in Butte, Mont., into a working-class family. Her mother, Isabelle Oxley, was a homemaker; her father, Benjamin Howes Alexander, was a copper miner who later earned a Ph.D. in metallurgy at Carnegie Mellon University in Pittsburgh and became director of research at Gillette.

Having grown up steeped in family lore about the mines, Ms. Ehrenreich recalled thinking it was normal for a man over 40 to do dangerous work and be missing at least a finger.

“So to me, sitting at a desk all day was not only a privilege but a duty: something I owed to all those people in my life, living and dead, who’d had so much more to say than anyone ever got to hear,” she wrote in the introduction to “Nickel and Dimed.”

Both of her parents were heavy drinkers. In a 2014 memoir, she described her mother’s wrath as the “central force field” of her childhood home. She believed that her mother’s death, from a heart attack, had been induced by an intentional overdose of pills.

Ms. Ehrenreich graduated from Reed College in Portland, Ore., in 1963. She received a Ph.D. in cell biology in 1968 from Rockefeller University in New York, where she met her first husband, John Ehrenreich.

After her studies, she became a budget analyst for New York City and then a staff member at the New York-based (and now defunct) nonprofit Health Policy Advisory Center in 1969. In 1971 she began working as an assistant professor in the Health Sciences Program at the State University of New York, Old Westbury. But the social and political upheaval of the 1960s awakened her anger and fueled her desire to write.

Her first book, “Long March, Short Spring: The Student Uprising at Home and Abroad” (1969), co-written with Mr. Ehrenreich, grew out of her anti-Vietnam War activism. Their second book, “The American Health Empire: Power, Profits and Politics,” was published the next year.

Ms. Ehrenreich quit her teaching job in 1974 to become a full-time writer, selling a number of articles to Ms. magazine in the 1970s.

Numerous critically acclaimed books followed, including “The Hearts of Men: American Dreams and the Flight from Commitment” (1983), “Fear of Falling: The Inner Life of the Middle Class” (1989), “The Worst Years of Our Lives: Irreverent Notes from a Decade of Greed” (1990) and “Blood Rites: Origins and History of the Passions of War” (1997).

It was her firsthand reporting in “Nickel and Dimed,” however, that resonated with working Americans and became a turning point in her career.

Following the book’s success, Ms. Ehrenreich applied her immersive journalism technique to works about the dysfunctional side of the American social order. Those included “Bait and Switch: The (Futile) Pursuit of the American Dream” (2005) and “Smile or Die” (2009), about the dangers of “positive thinking” amid inadequate health care.

In her memoir, “Living With a Wild God” (2014), she focused on her troubling, unconventional experiences as a teenager.

She also wrote articles and essays for The New York Times, The Washington Post Magazine, The Atlantic, Harper’s, The Nation and The New Republic and held academic posts, teaching women’s studies at Brandeis and essay writing at the Graduate School of Journalism at the University of California, Berkeley.

In recent years Ms. Ehrenreich came to believe that many people living at or near the poverty level didn’t need someone else to give voice to their struggles.

Instead, she thought that individuals could tell their own stories if they had greater support. She created the Economic Hardship Reporting Project, which focused on helping the work of underrepresented people get published and providing economic assistance to factory workers, house cleaners, professional journalists and others who had fallen on hard times.

Her most recent book, “Had I Known: Collected Essays” (2020), compiles four decades of her articles on sexism, health, the economy, science, religion and other topics. Almost all of them shared repeated warnings about growing poverty and worsening inequality.

Ms. Ehrenreich’s anger at inequity remained unabated late in her life. In a 2020 interview with The New Yorker, she said a lack of paid sick-leave and the declining well-being of the working class still gave her “grim and rageful thoughts.”

In 2018, she published “Natural Causes,” which addressed the topic of growing old and bluntly excoriated the wellness movement.

“Every death can now be understood as suicide,” she wrote. “We persist in subjecting anyone who dies at a seemingly untimely age to a kind of bio-moral autopsy: Did she smoke? Drink excessively? Eat too much fat and not enough fiber? Can she, in other words, be blamed for her own death?”

Ms. Ehrenreich continued writing into her 80s and at her death had begun work on a book about the evolution of narcissism, her daughter said.

Ms. Ehrenreich said she believed that her job as a journalist was to shed light on the unnecessary pain in the world.

“The idea is not that we will win in our own lifetimes and that’s the measure of us,” she told The New Yorker, “but that we will die trying.”