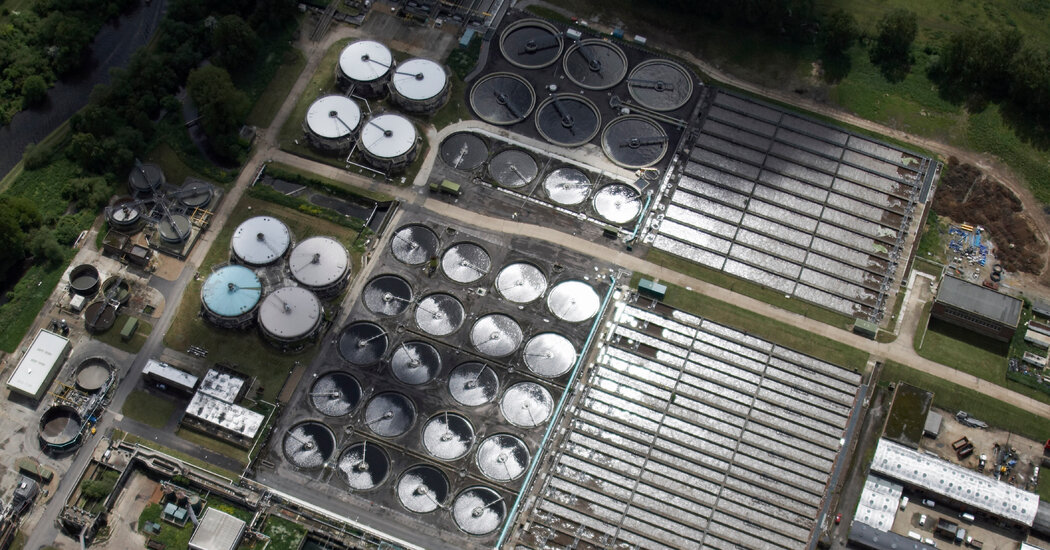 LONDON — The head of Britain’s Environment Agency said this week that people need to be “less squeamish” about where their drinking water comes from since part of the response to prolonged droughts is reprocessing water from sewage treatment for use in residential taps.

Doing so is “perfectly safe and healthy, but not something many people fancy,” James Bevan, the agency’s chief executive, wrote in a column in The Sunday Times of London. He detailed steps that the government would have to take to increase the water supply. “Some of these measures will be unpopular, so future governments will need to show political will,” he wrote.

As parts of Europe face crippling droughts, officials are studying ways to increase water supplies, including by turning sewage water into drinking water through several stages of purification. Climate change, caused by the burning of fossil fuels such as oil and gas, has led to more severe droughts, and many countries in Europe, including Britain, have experienced unusually dry summers.

In Britain, there are water recycling plants that treat water and then return it to rivers, but recycled water is not yet used for drinking water, said a spokeswoman for the Department for Environment, Food and Rural Affairs. A number of companies in Britain are expected to submit proposals for wastewater recycling in October, and there will be a public consultation on the proposals in November, she said.

Toilet-to-tap recycling is already in place in Australia, Singapore, Namibia and parts of the United States. Orange County, Calif., for example, has used a special purification plant to recycle wastewater since 2008 as a solution to water shortages. Last year, Gov. Gavin Newsom of California announced a $5.1 billion package for water recycling, drought response and wastewater infrastructure that was included in the state budget.

Governments have also experimented with desalination, a filtration method that removes salt from seawater. But desalination is much more expensive than recycling wastewater and is not available to inland areas, according to the Pacific Institute, an organization dedicated to finding solutions to water shortage challenges.

Mr. Bevan offered suggestions for conserving water, including taking showers instead of baths, running the dishwasher and washing machine only when they are full and making sure to fix leaks promptly. He also recommended that people avoid watering grass, and they should use watering cans instead of hoses and purchase a water butt, a large container that collects rainwater, which is more suitable to plants than filtered water.

Water restrictions — including a ban on using hoses or sprinklers to water backyard plants, fill swimming pools and wash cars — went into effect last week in Britain, which experienced its driest July on record and below-average rainfall in 10 of the last 12 months. A number of heat waves this summer have also sent demand for water soaring to record levels, according to Thames Water, which supplies water to 15 million people in London and the Thames Valley.

“We need to treat water as a precious resource, not a free good,” Mr. Bevan said.