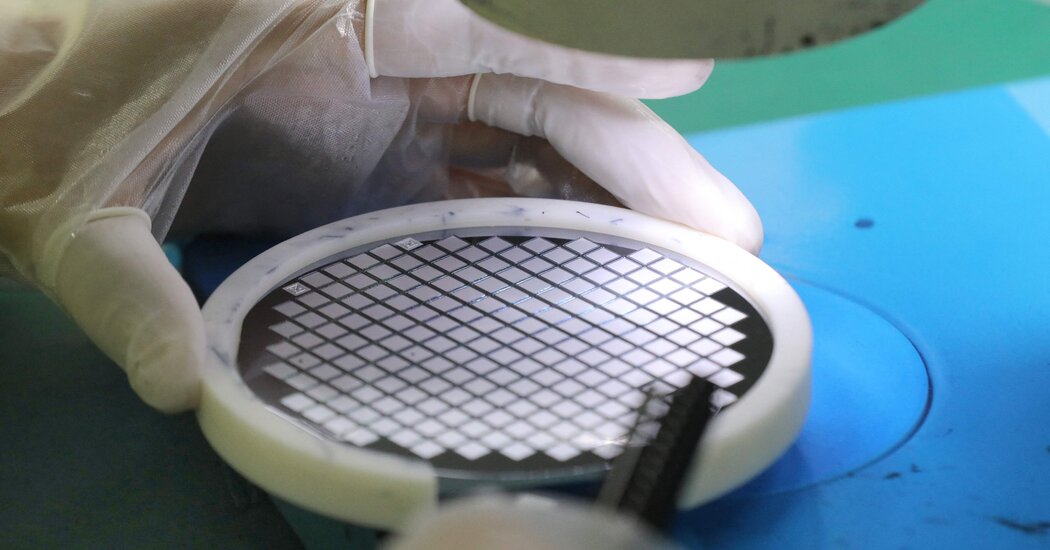 With midterm elections fast approaching, the Biden administration is under pressure to demonstrate that it can use this funding wisely and lure manufacturing investments back to the United States. The Commerce Department is responsible for choosing which companies receive the money and monitoring their investments.

In its strategy paper, the Commerce Department said that the United States remained the global leader in chip design, but that it had lost its leading edge in producing the world’s most advanced semiconductors. In the last few years, China has accounted for a substantial portion of newly built manufacturing, the paper said.

The high cost of building the kind of complex facilities that manufacture semiconductors, called fabs, has pushed companies to separate their facilities for designing chips from those that manufacture them. Many leading companies, like Qualcomm, Nvidia and Apple, design chips in the United States, but they contract out their fabrication to foundries based in Asia, particularly in Taiwan. The system creates a risky source of dependence for the chips industry, the White House says.

To receive the money, companies will need to demonstrate the long-term economic viability of their project, as well as “spillover benefits” for the communities they operate in, like investments in infrastructure and work force development, or their ability to attract suppliers and customers, the department said.

Projects that involve economically disadvantaged individuals and businesses owned by minorities, veterans or women, or that are based in rural areas, will be prioritized, the department said. So will projects that help make the supply chain more secure by, for example, providing another production location for advanced chips that are manufactured in Taiwan. Companies are encouraged to demonstrate that they can obtain other sources of funding, including private capital and state and local investment.