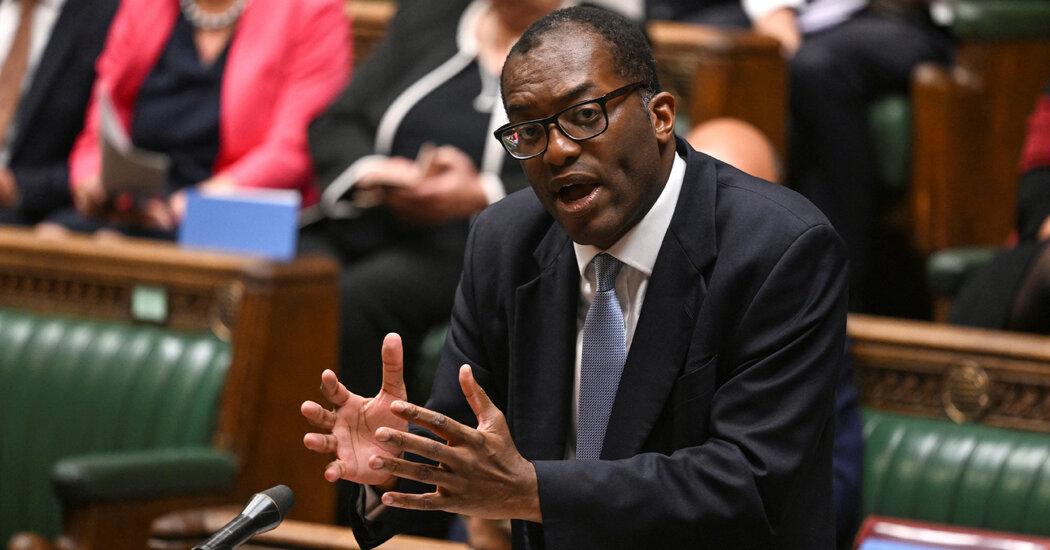 Britain’s chancellor of the Exchequer, Kwasi Kwarteng, introduced a long-awaited raft of new policies on Friday, including sweeping deregulation and a series of tax cuts.

The plan was meant to hark back to Thatcher-era policies — but it comes at a fraught time for Britain’s public finances, reports the DealBook newsletter.

Here are the takeaways:

Mr. Kwarteng pitched the moves as a way to supercharge Britain’s economy, with a goal of getting back to 2.5 percent annual growth, a level not seen since the 2008 financial crisis. Since being elected as prime minister, Liz Truss has promised a return to the small-government, business-minded ethos of Margaret Thatcher, her political idol and a touchstone for the governing Conservative Party.

The strategy is a high-wire fiscal act. Ms. Truss is already planning to subsidize soaring energy costs for consumers and businesses, which will draw on a wave of government borrowing.

British government bonds fell sharply after Mr. Kwarteng’s announcement, as did stocks on the FTSE 100 index in London. The pound fell to a 37-year low of $1.10. George Saravelos, Deutsche Bank’s global head of foreign exchange research, warned in a client note this morning that “sterling is in danger” of falling further.

Economists and investors have been worried about Britain’s dismal economic prospects, with climbing inflation and rising interest rates. An independent report this week said that the widely telegraphed budget proposals would put British public finances on an “unsustainable path.”

There are political risks as well. Polls suggest that Britons favor higher taxes and more government spending on areas like health care and education. And ending caps on banker pay is deeply unpopular. Ms. Truss and Mr. Kwarteng are hoping to get traction on an economic recovery ahead of national elections in 2024.