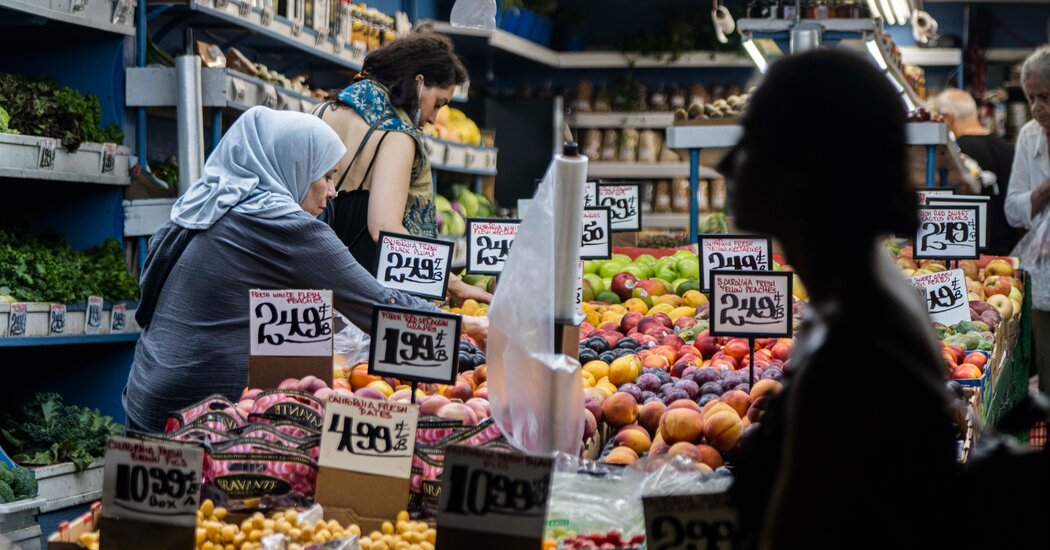 The latest inflation data set for release on Tuesday is expected to show that price gains moderated further in August, easing the pressure on households and the Biden administration as falling gas prices paved the way to less financial pain.

But for policymakers at the Federal Reserve — who have been raising interest rates to slow the economy and try to tame recent rapid inflation — the expected cool down is probably not enough to convince them that price increases are coming back under control.

Economists anticipate that prices rose 8 percent from a year earlier, still a rapid pace of increase for consumers but a slowdown from 8.5 percent in July and 9 percent in June. Yet, at the same time, economists project that so-called core inflation picked up slightly in August. That measure strips out volatile food and fuel prices to give a better sense of underlying trends, and it tracks products like clothing and furniture along with an array of services.

The core gauge is expected to climb 6.1 percent in the year through August, compared with 5.9 percent in July. The reacceleration would come partly because the August price gains are being measured against a relatively weak reading from the same month in 2021. When inflation is measured against a lower year-ago number, or “base,” it tends to appear faster.

Omair Sharif, the founder of the research firm Inflation Insights, said the August numbers “will just be a very subtle reminder that we’re not out of the woods yet.”

That’s likely to keep the Fed firmly in inflation-fighting mode. Central bankers are waiting for a sustained slowdown in price increases to convince them that their policies are working to cool demand and nudge the economy back toward a healthy environment in which inflation is slow, steady and barely noticeable. Until that happens, officials have pledged to keep raising interest rates, moves that can slow borrowing, constrain consumer demand and tamp down hiring and wage growth.

Officials are widely expected to make a three-quarter-point interest rate increase when they meet next week, which would be their third supersize move in a row. Policymakers have been clear that they hope to slow the pace of rate moves eventually, but they have said the timing will hinge on incoming data.

“Inflation is far too high, and it is too soon to say whether inflation is moving meaningfully and persistently downward,” Christopher Waller, a Fed governor, said in a speech last week. “This is a fight we cannot, and will not, walk away from.”