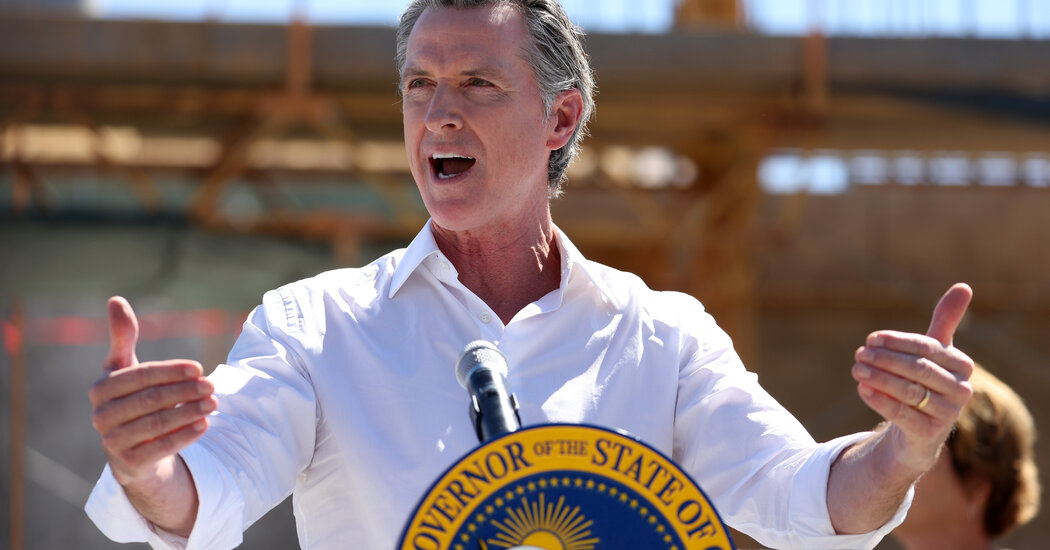 California will enact a sweeping new approach to regulating fast-food restaurants after Gov. Gavin Newsom said Monday that he had signed a bill to effectively set a minimum wage in the industry and to create new safety and anti-discrimination rules.

Amid resistance from fast-food companies, the State Legislature last week approved the bill, which will set up a 10-member council composed of representatives from labor and employers to oversee the industry’s labor practices in California.

The council can raise the industry minimum as high as $22 an hour next year, versus a $15.50 minimum for the rest of the state, after which the minimum will be adjusted for inflation. The council can also issue new labor standards.

“Today’s action gives hardworking fast-food workers a stronger voice and seat at the table to set fair wages and critical health and safety standards across the industry,” Mr. Newsom said in a statement.

Industry groups complained that the bill would raise costs that restaurants would pass on to consumers at a time of rapidly rising prices. They argued that state regulators already had the authority to improve health and safety conditions at fast-food restaurants.

“This bill is a fork in the eye to franchise owners and customers at a time when it hurts most,” Matthew Haller, the president of the International Franchise Association, said in a statement.

But labor groups argued that the bill was necessary to improve conditions for a vulnerable worker population. Many advocates have noted that traditional enforcement relies on workers being willing to come forward with claims against their employers, something fast-food workers are often reluctant to do.

“There are large number of workers in general who are less likely to complain — that means you need to have government play a larger role than it would in other cases,” said David Weil, who under oversaw the agency that enforces the federal minimum wage under President Barack Obama.

Mr. Weil nonetheless expressed concern that the bill could draw resources from enforcement of regulations in other industries where workers are vulnerable, like janitorial, home care and agriculture.

The bill is a major step toward so-called sectoral bargaining, in which workers and management negotiate wages and conditions across an entire industry as opposed to at individual companies, often location by location, which is the standard approach in the United States.

The Service Employees International Union, which has nearly two million members and is a major backer of the bill, argued that a sectoral approach was necessary because workers find it inefficient and often futile to try to improve conditions by unionizing at individual restaurants, where they lack the leverage to force their employers’ hands.