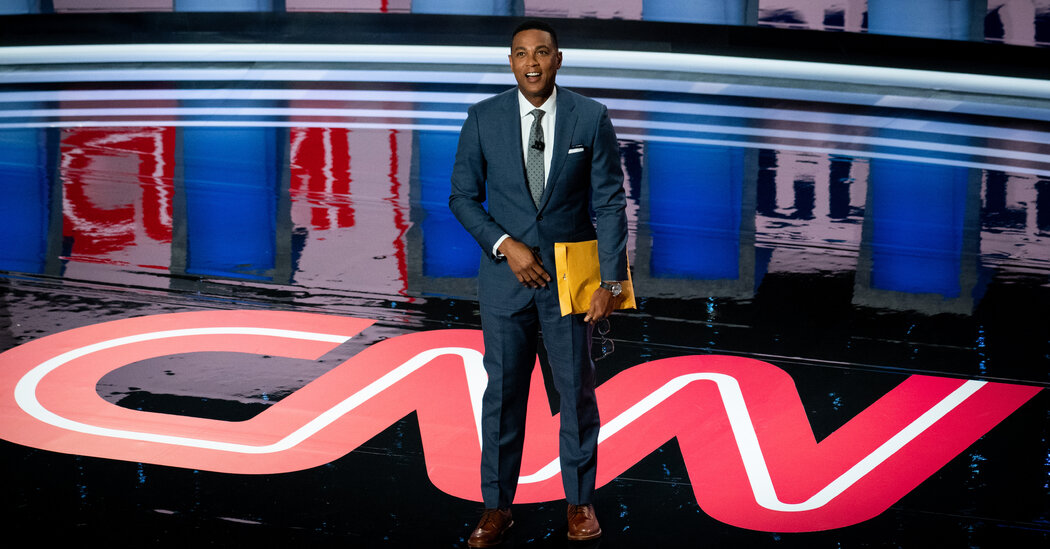 CNN is about to drastically overhaul its morning hours.

The network announced on Thursday that one of the network’s prime-time mainstays, Don Lemon; a midmorning anchor, Poppy Harlow; and a White House correspondent, Kaitlan Collins, would be the new faces of a completely revamped morning show.

The new show represents Chris Licht’s biggest programming move since taking over as CNN’s chairman in May, and it has big implications for the network’s prime-time lineup, too. Mr. Licht is still searching for a host for the 9 p.m. role that Chris Cuomo occupied before he was fired late last year, and he will now need to fill Mr. Lemon’s 10 p.m. hour, too.

The morning show will get a name change and a new format and set, the network said. The current show from 6 to 9 a.m. is “New Day.” CNN executives are hoping to have the new show up and running in late October, ahead of the midterm elections, but no definitive timetable was given other than announcing that it would make its debut this year.

“This demonstrates our commitment to the morning and how important it is to me,” Mr. Licht said in a brief interview. “The show will set the tone of the entire day, and it will set the tone for the news organization.”

Mr. Licht is the second consecutive morning TV impresario to take the reins of CNN, and like his predecessor, Jeff Zucker, morning programming will be his first roll of the dice. Mr. Zucker’s early tenure was marked by the creation of “New Day.”

“It’s meant to be an evolved version of the network morning shows,” he said.

The current morning anchors, John Berman and Brianna Keilar, will get different roles at the network.

“New Day” has the smallest viewership among the cable news channels in its time slot. On Tuesday morning, Fox News’s “Fox & Friends” averaged more than a million viewers, and MSNBC’s “Morning Joe” averaged right around a million viewers. “New Day” drew fewer than half of that.

Mr. Licht has said that ratings are not the top priority. If CNN has a strong journalistic reputation, he can attract blue-chip advertisers, he has told associates.

So far, his tenure has been defined by trying to lower the temperature for a network that ran hot during the Trump administration. The “breaking news” banners have been kept to a minimum, and CNN has tried to tone down partisanship on its airwaves. Last month, he canceled the Sunday morning “Reliable Sources” program, and the show’s host, Brian Stelter, left the network.

Earlier this year, Mr. Licht told colleagues that he wanted a more conversational and inviting approach to the morning show. In statements, the three new anchors played up the off-the-air bonds they had forged over the years.

Ms. Harlow said: “Don has been one of my closest friends for more than a decade — there for every milestone along the way. I’m consistently in awe of Kaitlan’s reporting and the remarkable woman she is. I can’t wait to laugh with them and learn from them each morning.”

“I was honestly floored when Chris Licht asked me to do this, and I’m honored by his belief in me,” he continued.

Ms. Harlow has been with CNN since 2008 and has been the host of “CNN Newsroom,” which runs from 9 to 11 a.m. Ms. Collins has covered the Biden and Trump White Houses. Before joining CNN, she was a reporter at the conservative news outlet The Daily Caller.

She will serve as both a co-anchor and the chief correspondent for the show, which will allow her to go on the road and keep reporting at times, too.

“I can’t wait to wake with our viewers and do the news every day,” she said in a statement. “So pour a cup of coffee and join us!”