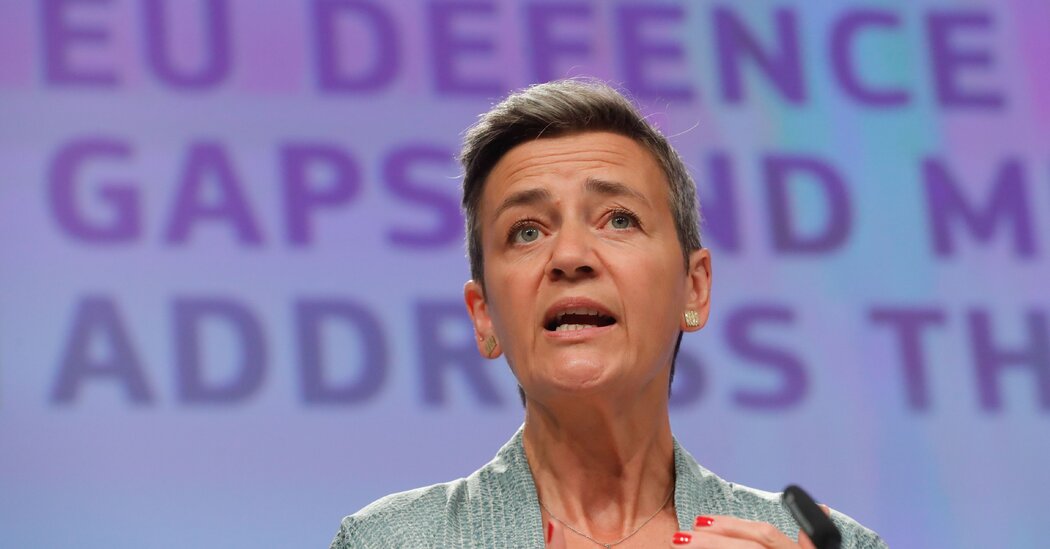 Global efforts to crimp the power of the world’s largest technology companies scored an important legal victory on Wednesday when a European Union court gave its blessing to a record multibillion-dollar fine issued against Google in 2018.

The decision, by the General Court in Luxembourg, provides fresh momentum to European regulators who have investigated companies like Google, Amazon and Apple for anticompetitive business practices. The fine of 4.34 billion euros (worth $5.1 billion in 2018) was the largest ever handed out by a European competition authority. The court on Wednesday agreed that Google broke antitrust laws by using its Android smartphone technology and its dominance in that market to cement the leadership of its search engine.

A legal defeat would have bruised the European Union’s reputation as one of the world’s most aggressive regulators of the tech industry just as the bloc has promised to clamp down even further on Big Tech. Antitrust regulators in Brussels, led by Margrethe Vestager, the European Commission executive vice president in charge of digital and competition policy, have other investigations underway against Amazon, Apple, Google and Meta. And this year, E.U. policymakers passed new laws related to competition and internet content moderation that give regulators even more power to target the tech industry.

Google said it was disappointed in the decision, but did not say whether it would appeal to the European Court of Justice, the bloc’s highest court. “Android has created more choice for everyone, not less, and supports thousands of successful businesses in Europe and around the world,” the company said in a statement.

The Android case remains one of the world’s most aggressive regulatory actions ever taken against a tech company. In the 2018 decision, Google was found to have illegally used Android to secure the dominance of its search engine. Regulators said the company struck deals that required smartphone makers such as Samsung and Huawei that rely on Android to make Google the default search engine, boxing out smaller rivals such as DuckDuckGo and Bing. Google now offers European users of Android devices a screen to choose from different search engines.

Victory was not assured for European regulators, who had lost previous appeals for penalties, including against the semiconductor companies Intel and Qualcomm. On Wednesday, the court sided nearly completely with the regulators, though it slightly reduced the fine, to 4.125 billion euros (worth $4.13 billion at current exchange rates), because of calculations related to revenue-sharing agreements Google had struck with phone manufacturers and network operators.