Home / Blog / Business / Help! I Was Catfished by My Airbnb Host and the Place Was a Mess 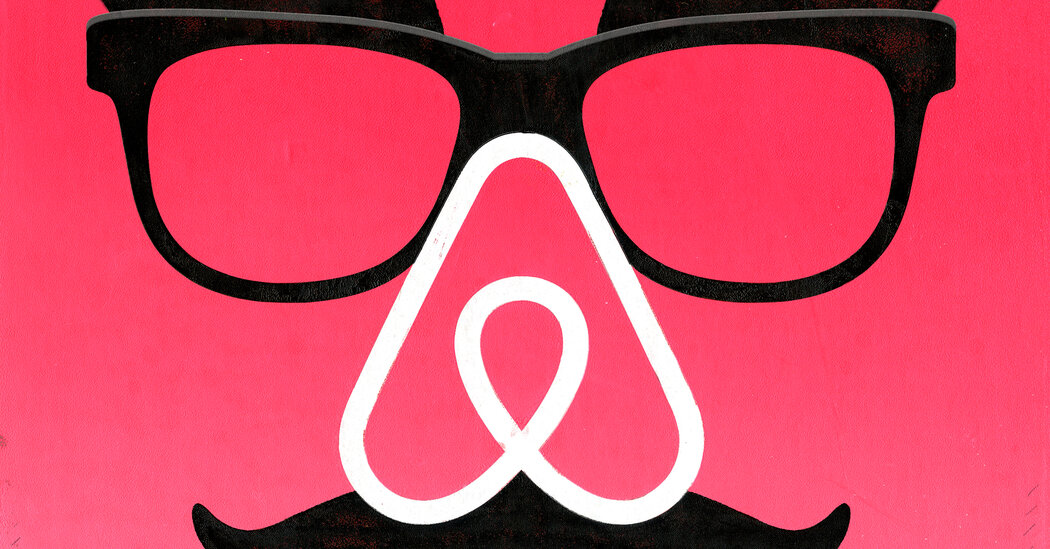 Help! I Was Catfished by My Airbnb Host and the Place Was a Mess

In July, my daughter, my partner and I spent a week in London in an $800-a-night rental flat we found on Airbnb. It was my first time using the company, and, as suggested, I sent a note to our host “Emily,” telling her about our trip. By the time we left for London, there was a second host listed, but the profile picture was still (we thought) of Emily. “Emily and Tony” instructed us to pick up the keys at a convenience store that worked with KeyNest, a company that facilitates secure transfer of keys. But the keys weren’t there, so we called our host’s contact number and were connected with a representative of Houst, which turned out to be a company that manages the apartment for the owner, which turned out to be another company called Silverbird Properties. When we asked the Houst representative if he could run over an extra set of keys, he told us he could not — he was in Portugal.

After almost three hours waiting on a somewhat dodgy street with our suitcases, our keys finally arrived. But the apartment was not as advertised: Among other things, the elevator was broken and had been for months, the bathroom was moldy and the shower was stopped up with a thicket of human hair I removed (ick) from the drain. After our stay I wrote to Airbnb requesting one day’s rental back — about $900 total with fees. Airbnb told me Houst had at first agreed to the refund but then reneged, claiming I had never returned the keys. (I did return them, to the same convenience store.) I believe I deserve that day’s rent refunded, but I also want Airbnb to make the listing clear for others that the property is managed by a third-party company operating on the cheap posing as someone named Emily. Can you help? Jim, Bethesda, Md.

Hearing from a first-time Airbnb user is a breath of fresh air: I’ve used Airbnb regularly enough to have normalized how absurd it is that the face smiling out at you from countless host profiles is often not the owner but a commercial representative or property manager aiming to look as though they are welcoming you to their cozy home.

The svelte, swimsuit-clad blonde in the photo is not Emily, a bit of digging reveals, but a former girlfriend of the Hamburg-based photographer Patrick Pilz. He told me via email that he captured her posing in a swimming pool in Bali, posted it on his Instagram in 2014 and made it available as a free stock photo on the site StockSnap. It has since been used across the internet.

More digging revealed that there is a real Emily — she is a “Global Client Onboarding Lead” at Houst, a property management company that, though based in London, has customer service representatives anywhere from Portugal, as you found out, to South Africa, as I found out when I called and tried, in vain, to get them to talk to me. (The company also did not respond to emails and LinkedIn messages; Emily did not respond to a personal Instagram message.)

I’m not sure who Tony is, nor whether it was Emily or Tony who was writing to you, since they signed missives as representatives of Silverbird Properties, LLP, an entity run by a man named Vinodh Coomaraswamy, who is (what else) a justice on the lower tier of the Supreme Court of Singapore.

But before we get back to this web of entities posing as a woman in a swimsuit, let’s get to your money. I tried to get proof from KeyNest that you did return the keys — as if there was any doubt after you sent me geotagged photos taken when you returned the keys at 7:39 on the morning you departed. But Florian Hoven, a KeyNest co-founder, said that providing proof would be tricky, because their systems are built around keeping key transactions as private as possible; they do not even know which accounts are connected to Houst or Airbnb.

It turned out not to be necessary. Though Airbnb didn’t respond to most questions I sent to them, they did explain in a statement why you were not initially refunded: their consumer protection policy — rebranded and revised in 2022 as AirCover — requires guests to report problems within 72 hours of when they occur. But they did agree to refund $918 to you “as a courtesy.” I can only surmise that Airbnb will extend this goodwill to all customers, but just in case I’m wrong, travelers should report issues to Airbnb as soon as possible to meet the 72-hour requirement.

The Airbnb statement also included a semi-admission that the host had done something wrong. “We maintain high quality and service expectations for our Hosts, and in this case we have recently taken appropriate action to enforce our Host Standards.” It did not specify the action taken, but the apartment you rented is no longer listed and the photo on Emily’s other listings has been changed.

Now let’s get back to what I think is the bigger issue: the near-total lack of transparency over Airbnb hosts.

Airbnb has long touted its service as a way to “live like a local” and stay in a real person’s home. In a post from the company last month featuring feedback from travelers who had been chosen to participate in its yearlong Live Anywhere on Airbnb program, one of three key findings was: “A positive, long-term trip experience usually involved an attentive Host and as such, access to the local community and recommendations.”

A professional host or a hosting company can, in theory, provide such an experience, but in my dozens of Airbnb stays over the years, it has always been the individual hosts that stand out. I have long wished Airbnb would include a feature allowing travelers to filter listings by whether the hosts are the property owners themselves. But only in looking into your case did I realize Airbnb already requires all hosts worldwide to declare themselves either an individual or a company “to comply with E.U. consumer protection law.”

In fact, thanks to an effort spearheaded by the Norwegian Consumer Authority, the European Commission extracted a commitment out of Airbnb in 2018 under which it agreed to follow European consumer regulations and clearly identify “whether an offer is made by a private host or by a professional” among other things.

Alas, the results — only available when the guest searches on a European web domain like .ie for Ireland or .it for Italy — are inconsistent at best. Research by Inside Airbnb, a data project that is critical of the company, found that only 11 percent of Italian listings were denoted as a “professional host” — almost certainly far fewer than there actually are. I logged into Airbnb.com through a VPN that disguised my IP address as coming from Madrid and thus got European listings, I could not find any “Professional host” demarcations on any of the rentals I looked at — including the listing for the apartment you rented. Airbnb declined to answer any of my questions on the topic of host identity.

It is often possible, however, to figure out whether any particular Airbnb listing is owner-hosted. Some companies actually list their company name as host — kudos to them. And you can often tell from the photos or the description’s personal feel that the host is the owner. If that fails, scroll all the way down to the host profile at the bottom; sometimes it will show a link to their other properties — a sign a company is likely involved. When it doesn’t, as in the case of your rental, Jim, check if the total number of reviews the property you’re looking at has received matches the number the host has received.

If it’s a mismatch, you can find the other listings on the host’s home page by taking the far-from-intuitive step of clicking on their profile picture, whether it’s of them or of the German photographer’s ex-girlfriend they’ve uploaded instead.

If you need advice about a best-laid travel plan that went awry, send an email to trippedup@nytimes.com.