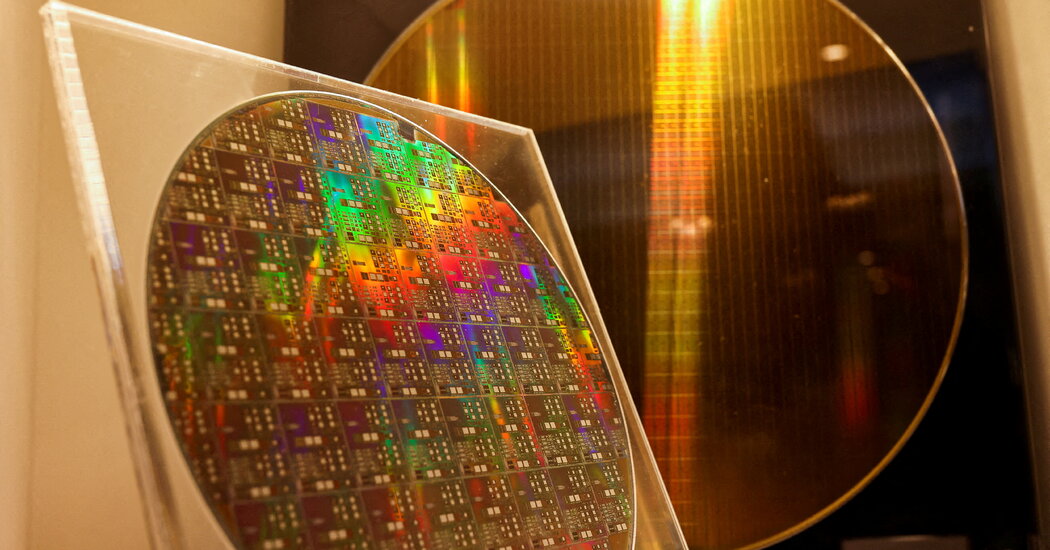 How Silicon Chips Rule the World

When I first arrived in Taiwan as a college student in the summer of 1973, there was no ambiguity whatsoever about the American role on the island.

Over the previous two years, President Richard M. Nixon and his national security adviser, Henry Kissinger, had opened relations with the People’s Republic of China in Beijing. But a short distance away in Taiwan, which the People’s Republic considers a breakaway province, U.S. Air Force jets soared overhead. There was a U.S. base right in Taipei, within walking distance of my favorite bookstore.

After reading Chinese philosophy, I’d drop by the base canteen for a fix of cheeseburgers, Coca-Cola and rock ’n’ roll. At night, the local bars were often filled with hard-partying G.I.s, flown in from Vietnam for rest and recreation.

As an American in Taipei, you understood in a visceral way that you were living in an outpost of the American empire in Asia, protected by the American military.

Now, while Taiwan remains a close ally, it is also protected by something far more subtle — its absolutely central role in world markets.

More specifically, Taiwan is a colossus in the global market for semiconductors, the brains of modern electronics. Taiwan takes some comfort in what its president, Tsai Ing-wen, calls its “silicon shield” — its mastery of the manufacturing of the microchips that are as essential to the economy in the 21st century as oil was 100 years ago.

Taiwan produces most of the world’s highest-tech silicon chips — slivers the size of a fingernail, on which are embedded billions of microscopic transistors. The very best chips are made — “fabricated” is the term of art — at the Taiwan Semiconductor Manufacturing Company, or TSMC, which may be the most important company that most people in the United States have never heard of.

Taiwan Semiconductor is the most valuable company in Asia and one of the dozen most valuable in the world, with a market capitalization of more than $400 billion. If you invest in international stocks through a broad, diversified mutual fund or exchange-traded fund, you probably own a piece of it. I do, through several Vanguard index funds in my retirement accounts.

It has been a splendid investment. Over the 20 years through Wednesday, Taiwan Semiconductor returned 18.6 percent annually, including dividends, FactSet data shows. That thrashed the S&P 500, with an annual return of 10.3 percent, and Intel, the biggest American chip-maker, at 6.7 percent.

Taiwan Semiconductor isn’t a household name because it doesn’t sell its products directly to consumers. But its own customers certainly do. For a clue about the company’s commercial power, consider that the microchips it makes for Apple are the core of every iPhone sold.

The iPhone 13 mini in my pocket, as well as the new iPhone 14 models introduced on Wednesday, is built around chips that were designed by Apple in California; produced by Taiwan Semiconductor in Hsinchu, Taiwan; and shipped for assembly on mainland China or perhaps, these days, in another country.

China has made the production of its own state-of-the-art silicon chips a national priority, but it has been unable to catch up with Taiwan. The Biden administration is intent on making sure that it does not, imposing restrictions on the export of the most advanced chips — and chip-making equipment — to China. And with $50 billion from the new CHIPS and Science Act, the administration is trying to shift some of the fabrication of the best chips back to American shores.

As my colleague David Leonhardt put it: “The most advanced category of mass-produced semiconductors — used in smartphones, military technology and much more — is known as 5 nm. A single company in Taiwan, known as TSMC, makes about 90 percent of them. U.S. factories make none.”

The structures etched on these microchips are vanishingly small. “Nm” is short for nanometer. Read this slowly: A nanometer is a millionth of a millimeter.

Chris Miller, a professor of international history at the Fletcher School of Law and Diplomacy at Tufts University, describes the microchips coming out of Taiwan eloquently in his forthcoming book, “Chip War: The Fight for the World’s Most Critical Technology.” He points out that the coronavirus that began spreading around the planet in 2020 was only about 100 nanometers in diameter. The same year, Taiwan Semiconductor was etching shapes less than half that size onto scores of millions of chips for Apple.

Back in the 20th century, I listened to ballgames on a transistor radio. Now, I watch them on my phone and iPad, thanks, in part, to the Apple A15 processor inside them, which contains 16 billion transistors, all etched in Taiwan.

What’s more, modern weapons systems of all descriptions and the world’s telecommunications infrastructure, plus applications in artificial intelligence, self-driving vehicles and much more, depend on these exceedingly complex chips.

As Dale C. Copeland, a professor of international relations at the University of Virginia, writes in Foreign Affairs: “China now has some capability to produce chips with transistors that are under 15 and even under 10 nanometers in size. But to stay on the cutting edge of technological developments,” China needs chips “measuring under seven or under five nanometers, which only Taiwan can mass-produce at a high level of quality.”

How long that tech gap can be sustained may be as important a geopolitical question as the nuclear, ballistic and antiballistic puzzles of the Cold War.

The origins of Taiwan’s success story are difficult to explain in a nutshell, but I’ll try.

The Taiwan government wanted to develop a local Silicon Valley in the 1980s, and had cheap land, ready capital and a highly educated work force eager to work at much lower wages than companies in the United States paid.

But it didn’t have the expertise until it brought in Morris Chang, a Chinese-born U.S. tech veteran, who realized that manufacturing chips, not designing them, would be Taiwan’s forte. Mr. Chang founded Taiwan Semiconductor, and the rest is history.

Stock prices and the Pelosi visit

In a long Zoom conversation, Professor Copeland said a nation’s military power had always been built on its economic strength.

In this sense, limiting trade in the most advanced semiconductors is, at a bare minimum, provocative to China, which dearly needs them. But permitting trade in “fairly advanced” semiconductors softens the blow and can promote prosperity, Professor Copeland said. That is essentially what the Biden administration is doing.

What is most important is “a country’s expectations of future trade,” Professor Copeland said. If it is clear that China will be better off with a steady flow of chips from Taiwan, he added, peace is likely to prevail.

Taiwan is “the beating heart” of the global semiconductor industry, Professor Miller says. But China’s military exercises, in response to the Taiwan visit of Nancy Pelosi, the speaker of the House, illustrate how vulnerable the global economy has become.

Were Taiwan’s semiconductor operations to be destroyed, Professor Miller estimated, the total worldwide economic damage could easily exceed the cost of the entire coronavirus pandemic.

“If you start looking at the role Taiwan plays in just about every industry, which is tremendous and which everyone relies on, you have to ask, ‘What could we produce without it if it were gone?’

“In Year 1, we would face tremendous disruptions across all sectors of the economy. It would take years to recover and to replace that capacity, if it were destroyed.”

That’s why I have been monitoring the share price of Taiwan Semiconductor carefully. From Aug. 2, the date of Ms. Pelosi’s arrival in Taiwan, through Thursday, the stock fell more than 5 percent. That’s not great, but it isn’t a sign of the apocalypse.

The stock market seems unperturbed, but the situation is dicey.

Central problems in the U.S.-China relationship have never been resolved. Back in the Shanghai Communiqué of February 1972, which reopened diplomatic relations, the two sides agreed that there is only “one China.” Chinese leaders made it clear that “the Taiwan question is the crucial question obstructing the normalization of relations between China and the United States,” and, 50 years later, it remains an enormous problem.

China would prefer to achieve reunification peacefully but won’t rule out a military solution, if it comes to that. The United States remains committed to protecting Taiwan, but it cannot prevent China from degrading or destroying the semiconductor manufacturing capabilities of the island.

The Taiwan semiconductor industry’s extraordinary importance in world commerce may be the only thing capable of providing that protection.

Ideology and nationalistic fervor have led to war in the past, and Chinese leaders say the Taiwan question can’t be put off indefinitely.

At the moment, though, just about everyone else is depending on the power of the silicon shield.