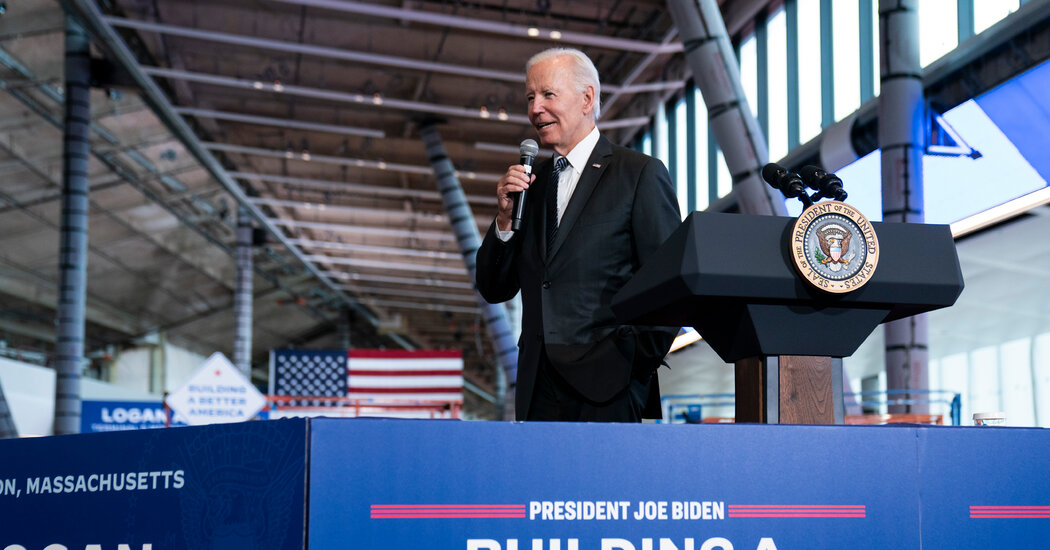 Hotter-than-expected inflation in August was unwelcome news for President Biden, who has sought to defuse Republican attacks over rising prices in the run-up to November’s midterm elections.

Mr. Biden and his aides have celebrated falling gasoline prices on a daily basis throughout the summer. They have helped inflation moderate from its high point earlier this year, though not enough to offset rising rent, food and other prices last month.

Even as he acknowledges the pain of rapid price increases across the economy, Mr. Biden has claimed progress in the fight against inflation, including with the signing last month of an energy, health care and tax bill that Democrats called the Inflation Reduction Act. On Tuesday, he sought to put a positive shine on the August data, calling them a sign of “more progress” in bringing down inflation.

“Overall,” Mr. Biden said in a statement released by the White House, “prices have been essentially flat in our country these last two months: that is welcome news for American families, with more work still to do.”

But polls continue to show inflation is hurting Mr. Biden and his party, as Democrats seek to retain control of the House and Senate. It looms as the top issue for voters in national opinion polls, and Americans say they trust Republicans more to handle inflation and the economy overall than Democrats.

There have been signs of hope for administration officials, both among consumers and companies. The National Federation of Independent Business reported on Tuesday that its Small Business Optimism Index rose in August as inflation anxiety eased, continuing a rebound from its depths earlier this year. The Federal Reserve Bank of New York reported on Monday that consumer inflation expectations were also falling.

The president sees those developments as signs that his policies are working to power the country through what remains a turbulent time in the global economy, and is seeking to claim credit.

Mr. Biden will throw a belated celebration to mark his signing of the Inflation Reduction Act at the White House on Tuesday. Mr. Biden is expected to criticize Republicans for voting unanimously against the bill. On Wednesday, Mr. Biden will fly to the Detroit Auto Show to champion his policies to boost manufacturing and low-emission sources of energy.

But the country’s economic reality remains more muddled, as the inflation report underscored. Food prices are continuing to spike, straining lower-income families in particular. A possible railroad strike could disrupt domestic supply chains. The global economy is slowing sharply, and threats remain to the American recovery if European sanctions force millions of barrels of Russian oil off the global market in the months to come.

Most importantly — and perhaps most damaging for Mr. Biden and Democrats — Americans’ wages have struggled to keep pace with fast-rising prices, an uncomfortable truth for a president who promised to make real wage gains a centerpiece of his economic program. Inflation-adjusted average hourly earnings ticked up across the economy in August, the Labor Department said Tuesday, but remain down nearly 3 percent from a year ago.

Republicans were quick to criticize Mr. Biden after the report on Tuesday. “Every day, Americans endure Biden’s economic crisis,” said Representative Blaine Luetkemeyer of Missouri, the top Republican on the small business committee. “The Democrats’ inflation continues to drive up costs and leads more and more small businesses and families questioning their future.”