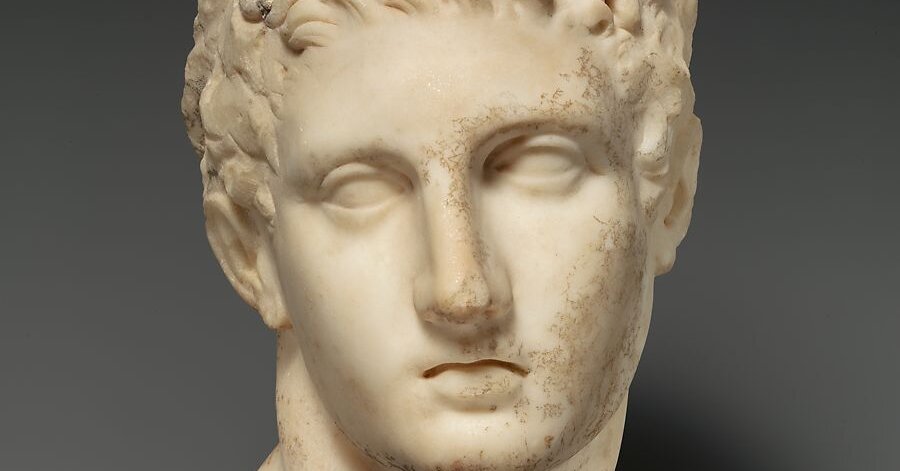 Investigators in New York have seized 27 ancient artifacts valued at more than $13 million from the Metropolitan Museum of Art, asserting that the objects, acquired to showcase the glories of ancient Rome, Greece and Egypt, had all been looted.

Some of the items passed through the hands of people long suspected to have trafficked antiquities, such as Gianfranco Becchina, who ran a gallery in Switzerland for decades before being investigated for illegal dealings by the Italian government in 2001. But most of the items had entered the Met’s collection long before Becchina was publicly accused of illicit activity.

The items, seized under the terms of three separate search warrants executed during the last six months, will be returned to their countries of origin — 21 to Italy and six to Egypt — in ceremonies scheduled for next week. The events are part of a push by law enforcement officials to hasten the pace of repatriations that in the past often dragged on for a year or more, the Manhattan district attorney’s office said.

The confiscations also highlight heightened law enforcement efforts against the illegal sale of ancient relics, whose thefts are increasingly being traced to looting gangs and dealers from South Asia to the Mediterranean. The authorities have warned that many more objects with illicit origins remain in the hands of private collectors and museums.

Becchina has been convicted of receiving stolen antiquities by Greece. In Italy, after a decade-long investigation, a hoard of 6,300 Greco-Roman artifacts was confiscated from him in 2011 when a judge determined the items had been looted dating back to the early 1970s. But the criminal charges there were dismissed on statute of limitation grounds.

Although the Met acquired many of the Becchina items long before he was implicated in looting, one expert on antiquities trafficking said that, once Becchina came under suspicion, the Met should have reviewed the provenance of any items purchased from his Galerie Antike Kunst Palladion in Basel, Switzerland.

The Met said in a statement that information on the Italian objects had only recently been made available to the museum by the district attorney’s investigators, that it has been fully cooperative and that its acquisition reviews have become more rigorous in the decades since the items came into its collection.

“The norms of collecting have changed significantly in recent decades,” the museum said, “and The Met’s policies and procedures in this regard have been under constant review over the past 20 years.”

The seizures were first reported by the International Consortium of Investigative Journalists.

One of the most notable items confiscated from the Met was a terra-cotta kylix, or drinking cup, from 470 B.C. and valued at $1.2 million. It was bought directly from the Becchina gallery in 1979. Another item, a terra-cotta statuette of a Greek goddess from about 400 B.C. and valued at $400,000, was a 2000 gift from Robin Symes, a British antiquities dealer. Symes was involved in the sale of a giant statue of Aphrodite that the Getty Museum bought in 1988 for a reported $18 million and agreed to return it to Italy in 2007.

In a statement, the Met said, “Each of these objects has unique and complex circumstances, and with all, The Metropolitan Museum of Art has been fully supportive of the Manhattan district attorney’s office investigations.”

The value of the 21 Italian pieces, seized from the Met in July, was placed at $10 million, while the six Egyptian items, seized earlier this year in February and May, were valued at $3.2 million.

Separately, investigators said, a seizure warrant was issued on Tuesday for another Met item: a sixth-century stone sculpture depicting a Hindu mother goddess, or Matrika, acquired in 1993. Officials did not disclose the reason for the confiscation.

The Manhattan district attorney, Alvin L. Bragg, said that given the work of his antiquities unit, which he said has been responsible for the repatriation of some 2,000 artifacts, it should be no secret to museums, collectors and auction houses that some of the pieces they hold may have been looted by organized traffickers. “The investigations conducted by my office have clearly exposed these networks,” he said in a statement, “and put into the public domain a wealth of information the art world can proactively use to return antiquities to where they rightfully belong.”

The seized Egyptian objects include painted linen fragments and a portrait of a woman on a panel, Lady with a Blue Mantle, valued at more than $1.2 million. Prosecutors with the Manhattan district attorney’s office said five of the Egyptian artifacts were supplied by the same network of looters that had provided the Met with a golden-sheathed coffin from the first century B.C. that the museum agreed to return in 2019.

In the case of the coffin, museum officials had said that they bought it from an art dealer in Paris in 2017 for nearly $4 million and were misled by a phony account of its provenance that made it appear as if the coffin had been legitimately exported decades earlier.

The museum said that it learned from investigators that some of the Egyptian objects it had bought were sold using false ownership histories, fraudulent statements and fake documents from the same network that sold the Met the gilded coffin.

The Met is also being pressed by the Cambodian government for the return of Khmer artifacts that it says were looted from remote jungle temple sites during the tumult of its civil war and subsequent years of upheaval.

Derek Fincham, a professor and expert in cultural property at the South Texas College of Law in Houston, said the Met should have done more to review the origins of the artifacts before being prompted into action by a law enforcement inquiry.

In its statement, the Met said its collecting policies were constantly under review but that it viewed itself as an institution that has been responsible in its handling of disputed provenances.

“The museum is a leader in the field in comprehensively reviewing individual matters,” the Met’s statement said, “and it has returned many pieces based upon thorough review and research — oftentimes in partnership with law enforcement and outside experts.”