Home / Blog / Tech / Is Partiful the Least Cringe Option to Get People to Your Event? 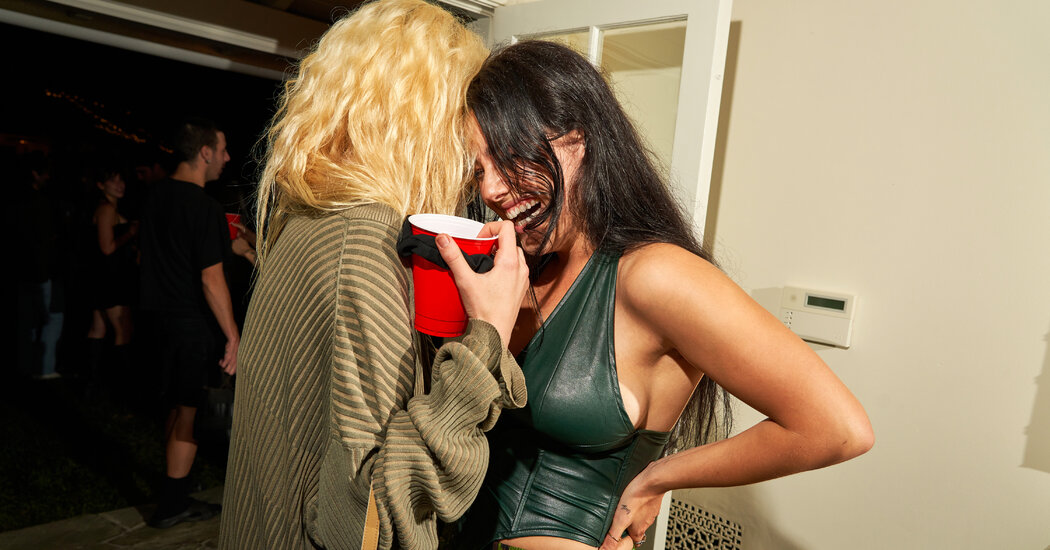 Is Partiful the Least Cringe Option to Get People to Your Event?

“Dramatic” and “absurd” were the words Natasha Hunt Lee, a 25-year-old musician in Los Angeles, had in mind while booking three D.J.s, a tattoo artist and a Disney princess bouncy castle for her album-release party this month.

Also integral to her planning process was one not-quite-a-word: Partiful. It’s the name of a new event-invitation service that allows hosts to create mobile-friendly event pages and guests to receive reminders via text. In the year since it became available for use, it has already become ubiquitous in Ms. Hunt Lee’s social circle.

“It’s definitely the primary party platform right now,” she said. Shortly after the interview, she left to go to a friend’s birthday party, which had also been organized using Partiful.

Partiful is far from the first digital invitation method, but it is vying to become the most relevant to young people. (One tech publication called the platform “Eventbrite but for Gen Z.”)

The service, which is free to use, is gaining popularity among people in their 20s who live in big cities and who say it is more streamlined than group texts or Instagram stories, more casual than Paperless Post and less embarrassing than Facebook, which has lost its grip on people under 30.

With soft multicolored gradients layered beneath animated confetti or Doge heads, Partiful’s interface looks less like the sober grids of its competitors and more like the blurry experience of spinning across a dance floor.

On the pastel invitation page for Ms. Adair’s birthday dinner in early September, guests R.S.V.P.’d by selecting either a thumbs-up or a crying-face emoji below the words “ENTERING MY 23 ERA.”

The number of event pages created on Partiful has multiplied by 10 since January, according to Shreya Murthy, Partiful’s chief executive, and its total number of users is “in the hundreds of thousands.” (She declined to be more specific.) Ms. Murthy, who is also one of Partiful’s founders, said the company had raised $7.4 million in two rounds of funding.

Parties serve an important social function, Ms. Murthy said, especially for young people trying to build community on the heels of college, the pandemic or both.

At the moment, use of the service is disproportionately clustered on the coasts. “In terms of locations, a majority are in New York, followed closely by L.A.,” Ms. Murthy said of where most Partiful events were being planned. A “vast majority” of users, she added, are under 30.

“Every generation wants to have their own new start-up,” Professor Grygiel said. “It makes them feel a little bit different.”

Most of the parties Silvie Coheleach, 24, a software engineer in Brooklyn, went to in college were organized using Facebook’s event-planning feature.

“As Facebook became a bit less trustworthy, in the opinions of me and my friends, we definitely used it a lot less,” she said. “And that left a gap for something to come in and be like, ‘How are you going to organize your party?’”

Ms. Coheleach said that texting friends to invite them to her birthday party last year had been a hassle because she had more guests than could fit in a group chat (at most, an iMessage group can accommodate 32 members). This year, she opted for Partiful to organize her birthday picnic in Prospect Park.

Abena Anim-Somuah, 25, said she preferred Partiful to Eventbrite because Partiful sends reminders by text message rather than email — a service that elicits eye rolls from her generation.

“I think we’re at this age right now where intentional socialization is something we’re more particular about,” said Ms. Anim-Somuah, who has used Partiful to organize more than 20 dinners around New York City for a food lovers’ group she started, the Eden Place.

Jordan Rosen, 24, a software engineer, made a 30-seat Benihana reservation and a corresponding Partiful invitation in August as part of an effort to meet new people in San Francisco, a city he said could feel “transient.”

Mr. Rosen’s friends signed up for spots and brought friends of their own. “Everyone was doing sake bombs,” he said.

Not everyone has joined the party.

“I guess I’m just skeptical of the app-ification of everything,” said Ross Boehme, a 29-year-old data analyst in Brooklyn. In May, he texted friends to invite them to his Memorial Day party — a system he described as “perfectly fine.”

Mr. Boehme did not rule out using Partiful in the future, as the last three invitations he had received had come through the platform. “Maybe I’m going to be a Luddite left behind by everyone,” he said.

“We’re extremely online,” she said. “But also we’re always talking about how tired of being online we are.”