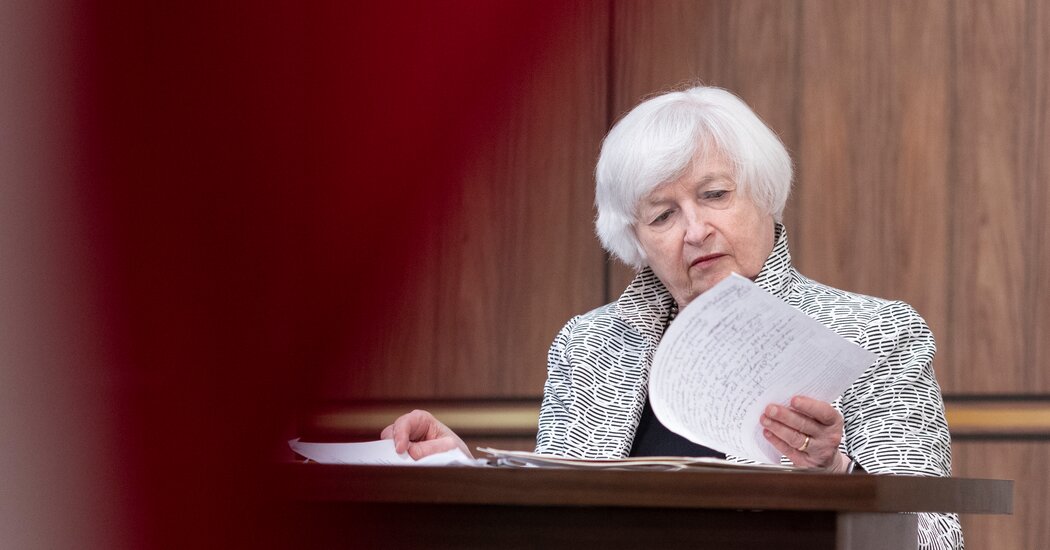 Ms. Yellen spoke on Thursday during her first visit as Treasury secretary to an I.R.S. facility, as the tax collection agency prepares an $80 billion overhaul with funds that were approved through the so-called Inflation Reduction Act that Congress passed last month. Long depleted of resources, the I.R.S. has for years frustrated taxpayers by not answering calls or leaving them languishing on hold. Ms. Yellen noted that fewer than two out of every 10 calls to the I.R.S. were answered in the most recent tax season and that the average wait was nearly half an hour.

“Due to chronic understaffing and high call volume, the I.R.S. has been unable to provide the level of phone service that taxpayers deserve,” Ms. Yellen said during remarks to staff at the I.R.S. facility in New Carrollton, Md. She also committed to ensuring that the agency answers five times the number of calls in the coming tax filing season.

“By hiring 5,000 additional customer service representatives, we will also cut phone wait times in half — from an average wait of nearly 30 minutes during the 2022 filing season to less than 15 minutes,” Ms. Yellen said.

Ms. Yellen said the I.R.S. would also hire more employees to staff its “tax assistance centers,” so that taxpayers can more easily resolve issues with their returns in person. In the most recent tax-filing season, about 900,000 taxpayers were served face to face, and Ms. Yellen said she expected that total to rise to 2.7 million next year.

The funding for the I.R.S. has been a top priority for the Biden administration’s goal of narrowing the federal government’s $7 trillion “tax gap” — the amount of revenue that goes uncollected. The agency plans to hire about 87,000 new employees and, after expected retirements, bring its head count to around 120,000. The hires have proved controversial, with Republicans suggesting that they will be an army of enforcement agents targeting the middle class.

Ms. Yellen, who has pledged that audit rates for taxpayers making less than $400,000 will not go up, focused her speech on Thursday on customer service and modernizing the I.R.S. She said the upgrades will mean better communication and faster refunds.

“These are bold commitments that the I.R.S. will deliver in just the next six months,” Ms. Yellen said. “And there’s more to come in the months and years beyond.”