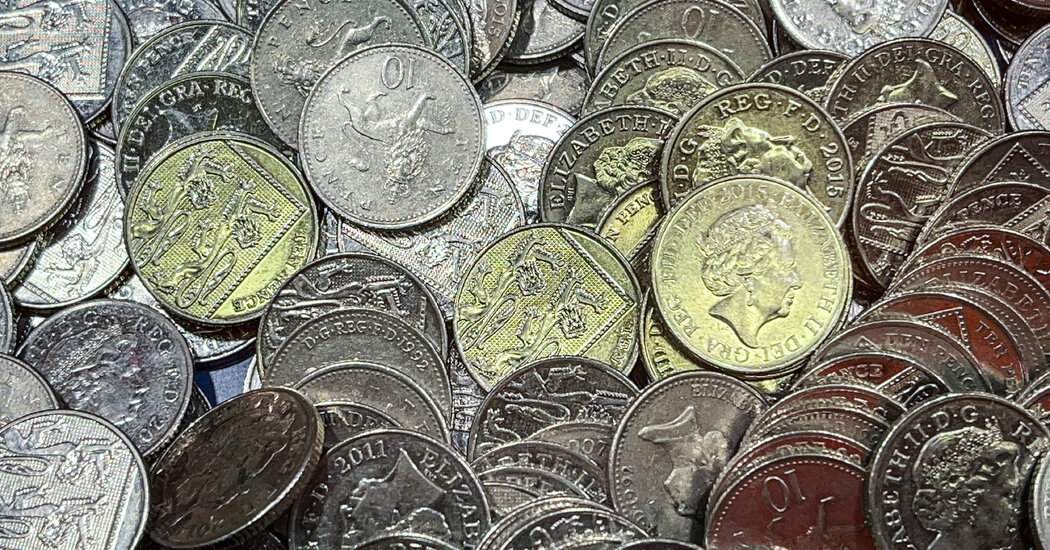 There are 29 billion British coins in circulation with Queen Elizabeth II’s face on them. Since she first appeared on the coins, a year after her ascension in 1952, the Royal Mint has used five different portraits. And on all of them, she faces to the right.

Now it’s King Charles III’s turn to be on the coins, but he’ll most likely be facing the other direction.

Since the reign of Charles II in the 17th century, the monarch has typically faced the opposite position of their predecessor on coins, according to the Royal Family’s website. Because Queen Elizabeth faced to the right, the new king will presumably be shown facing left.

There was one exception: Edward VIII, who was king for less than one year in 1936, faced to the left because that is what he preferred, even though the monarch before him, George V, also looked left. The tradition was resumed with George VI, who faced left. He served until he died in 1952.

“It may have a practical use in the fact that it obviously marks a difference from the previous reign,” said Nigel Fletcher, a teaching fellow at King’s College London. Mr. Fletcher said that after new images of King Charles were created, molds and casts would be produced to make the currency.

Bills are a different matter. In 1960, Queen Elizabeth became the first monarch to appear on bank notes, meaning there is no convention for the direction the monarch faces on bills. There are more than 4.7 billion Bank of England currency notes in circulation.

With the nation in mourning, it’s not clear when any changes will be made.

The process of rolling out the new currency will not “happen overnight,” said Ethan Ilzetzki, an associate professor at the London School of Economics.

Andrew Bailey, the governor of the Bank of England, said in a statement Thursday that an announcement would not be made until the period of mourning was over.

The Royal Mint, the arm responsible for coin production in Britain, said in a statement that “further information will follow” but did not specify a timeline. “As we respect this period of respectful mourning, we continue to strike coins as usual,” the Royal Mint said.

The looming currency turnover in British money coincides with the ongoing replacement of paper notes with polymer, a cleaner material that offers enhanced protection against fraud. The change to polymer began in 2016, and after Sept. 30, people will not be able to use 20 and 50 pound notes to pay for things but will be able to exchange them at some banks or the Bank of England.