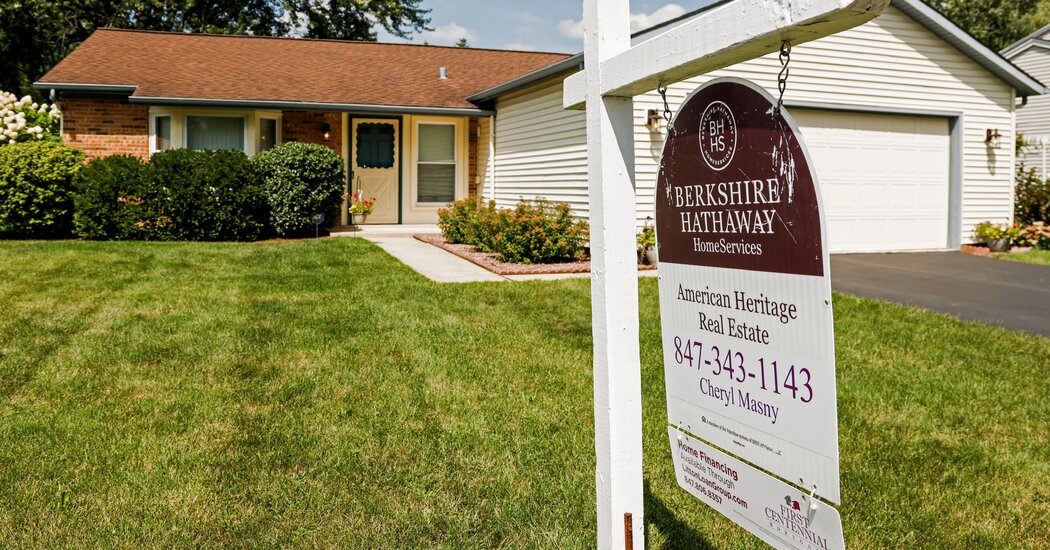 Mortgage rates climbed above 6 percent this week, their highest point since late 2008 and more than double their level a year ago, further squeezing the budgets of would-be home buyers.

“Mortgage rates continued to rise alongside hotter-than-expected inflation numbers this week,” Sam Khater, Freddie Mac’s chief economist, said in a statement, adding that the rate increase would help cool off the red-hot housing market, but that the number of homes for sale was still inadequate to meet demand. “This indicates that while home price declines will likely continue, they should not be large,” he said.

Rates have been on the rise since the start of the year as the Federal Reserve affirmed its commitment to raise its key interest rate to tame soaring consumer prices. With inflation remaining stubbornly high in August, the Fed is expected to raise the federal funds rate again when it meets next week.

Mortgage rates do not directly track the Fed’s key interest rate, like credit cards do, but they are influenced by it. Instead, they tend to track the yield on 10-year Treasury bonds, which are driven by the outlook for inflation and expectations around the Fed’s actions.

The rate on the most popular home loan, the 30-year fixed-rate mortgage, may feel particularly high given its recent history — the rate was 3.72 percent at the beginning of 2020, and spent much of the past two years below 3 percent.

Taking a longer view, however, rates averaged about 7.8 percent over the past half-century, according to Freddie Mac, which began tracking borrowing costs in 1971.

But the combination of climbing mortgage rates and already sky-high home prices has crimped what prospective home buyers can afford, significantly dampening demand.

Refinancing demand has also plummeted: Applications to refinance home loans were down about 4 percent from last week, but dropped 83 percent from the same week the year prior.

Home price growth has also slowed, she said, but the current “recalibration” is a positive outcome of higher rates. “All these were intended consequences of tightening of financial conditions and mean healthier housing markets ahead,” Ms. Hepp said.