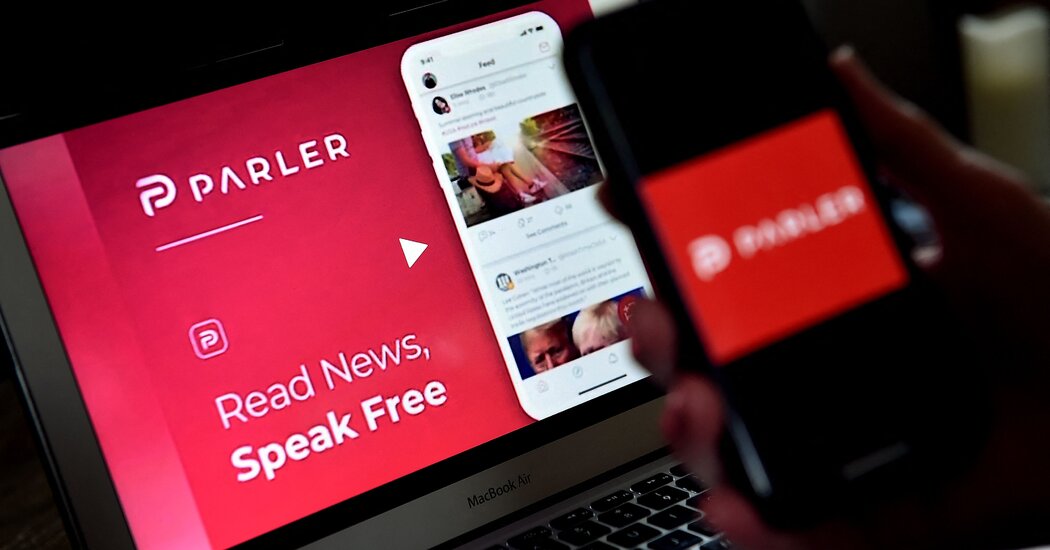 Parler, the social media service that attracted fans of former President Donald J. Trump, will return to Google’s Play app store on Friday, more than a year after Google suspended the app for content that incited violence.

A Google spokesman said the app had significantly increased its content moderation since the beginning of 2021. All apps in Google’s Play Store must have practices “that prohibit objectionable content, provide an in-app system for reporting objectionable” content, and remove or block abusive users who violate terms and policies, the spokesman said in a statement.

The app had also been banned from Apple’s App Store, but has since been reinstated.

Parler defended its content moderation policies on Friday. “While Parler believes the best way to address the problems of hate and divisiveness in today’s culture is to allow more speech, not less, we are still happy to do business with those who think differently, on the terms on which we do agree,” Christina Cravens, Parler’s chief marketing officer, said in a statement. “The conversation isn’t over, and those who want to see Parler as we intend it may always do so in the browser at Parler.com.”

Ms. Cravens said that Parler had always prohibited content that incited violence, but for the Google-compliant version of the app, the company hid not-safe-for-work content. Parler also removed hate speech based on race, sex, sexuality and other factors to make it back to Apple and Google’s stores, she said.

Google had barred Parler from the Play Store since the Jan. 6 attack on the Capitol building, saying that the app did not remove user content that promoted violence, which amounted to a threat to public safety. Parler’s reinstatement on Play was reported earlier by Axios.

Since its 2018 founding, Parler’s stated raison d’être has been to be a beacon for free speech. The company, which is based in Nashville, has railed against censorship, saying on its website that “biased content curation policies enable rage mobs and bullies to influence community guidelines.”

Parler, which is available for download on the Apple App Store, has long sought to capture people who own Android devices. Even after being suspended from Play, Parler allowed people to download an Android version of its app from a website, bypassing Google’s content moderation rules.

Google recently had a public dispute with Truth Social, a Parler competitor founded by Mr. Trump, over Truth Social still being unavailable on the Play Store. Google said on Tuesday that Truth Social must scrub user content that incited violence to be admitted to the store. Truth Social is actively working on the content moderation changes Google requires, and the app could join the Play Store in as little as one to two weeks, a person with knowledge of the situation said.