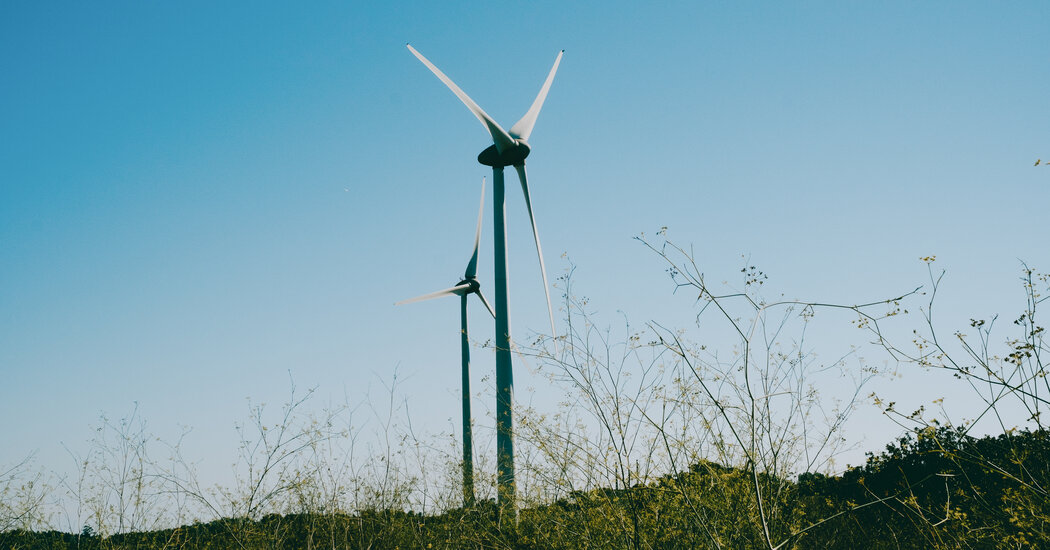 Portugal has no coal mines, oil wells or gas fields. Its impressive hydropower production has been crippled this year by drought. And its long-running disconnect from the rest of Europe’s energy network has earned the country its status as an “energy island.”

Yet with Russia withholding natural gas from countries opposed to its invasion of Ukraine, the tiny coastal nation of Portugal is suddenly poised to play a critical role in managing Europe’s looming energy crisis.

For years, the Iberian Peninsula was cut off from the web of pipelines and huge supply of cheap Russian gas that power much of Europe. And so Portugal and Spain were compelled to invest heavily in renewable sources of energy like wind, solar and hydropower, and to establish an elaborate system for importing gas from North and West Africa, the United States, and elsewhere.

Now, access to these alternate energy sources has taken on new significance. The changed circumstances are shifting the power balances among the 27 members of the European Union, creating opportunities as well as political tensions as the bloc seeks to counter Russia’s energy leverage, manage the transition to renewables and determine infrastructure investments.

The urgency of Europe’s task is on display this week. On Wednesday, Russia’s energy monopoly, Gazprom, again suspended already reduced gas deliveries to Germany through its Nord Stream 1 pipeline. With natural gas costing about 10 times what it did a year ago, the European Union has called for an emergency meeting of its energy ministers next week.

As Brussels tries to figure out how to manage the crisis, the possibility of funneling more gas to Europe through Portugal and Spain is gaining attention.

Portugal and Spain were among the first European nations to build the kind of processing terminals needed to accept boatloads of natural gas in liquefied form and to convert it back into the vapor that could be piped into homes and businesses.

This imported liquefied natural gas, or L.N.G., was more expensive than the type much of Europe piped in from Russia. But now that Germany, Italy, Finland and other European nations are frantically seeking to replace Russian gas with substitutes shipped by sea from the United States, North Africa and the Middle East, this disadvantage is an advantage.

Together, Spain and Portugal account for one-third of Europe’s capacity to process L.N.G. Spain has the most terminals and the biggest, though Portugal has the most strategically located.

Its terminal in Sines is the closest of any in Europe to the United States and the Panama Canal; it was the first port in Europe to receive L.N.G. from the United States, in 2016. Even before the war in Ukraine, Washington identified it as a strategically important gateway for energy imports to the rest of Europe.

Spain also has an extensive network of pipelines that carry natural gas from Algeria and Nigeria, as well as large storage facilities.

Demand is pushing prices down. As gas prices rose, people adjusted their driving habits to accommodate prices, which reached an all-time high in June. Fewer drivers on the road has made gasoline more affordable, and some states have also suspended taxes on gasoline to bring prices down.

Oil prices have fallen. Just two months ago, oil prices, which are tied to gas prices, surpassed $120 a barrel, helping to push the national average price of gasoline to about $5 a gallon. But prices have steadily decreased with increased oil production, helping to bring gas prices down and easing broader recession fears.

Gas prices vary. Despite the overall decline, the cost of gas can vary considerably at the state level. In California, regulations to limit pollution make driving more expensive, so gas prices will be higher than in a state like Georgia, which has lower gas taxes.

A political boost for Joe Biden. The cheaper prices are a political win for President Biden, especially as falling fuel costs have brought down overall inflation. But experts are unsure that the low prices will last, as oil prices are volatile and determined by myriad forces, many of which are hard to predict.

The peninsula’s resilient energy network is one reason that dormant discussions about constructing gas and electrical connections through France have suddenly been resuscitated. And there is now an unexpectedly vocal backer: Germany, which had long linked its energy fortunes to Russia. Prime Minister Pedro Sanchez of Spain and Chancellor Olaf Scholz of Germany met this week to discuss Europe’s dizzying energy prices.

Portugal’s prime minister, Antonio Costa, has said a new gas pipeline — which could be made to handle green hydrogen — from Sines to the Spanish border could help make Europe “energy self-sufficient.”

An underground natural gas pipeline across the Pyrenees, which would have connected Spain and France, was abandoned three years ago after regulators in both countries deemed it unnecessary and overly expensive.

France was particularly opposed to the project, said Simone Tagliapietra, a senior fellow at Bruegel, a research group in Brussels, because the country wanted to protect its energy producers and powerful nuclear industry from competition.

Building the pipelines, Mr. Tagliapietra said, would help solve “one of the major energy bottlenecks in Europe,” providing another route for gas to flow into Germany, the continent’s largest economy, and elsewhere.

But hammering out a unified energy policy among countries with such different resources, needs and priorities remains a knotty political problem.

France, at least so far, still opposes a new gas pipeline. Portugal and Spain, too, bristle at some of the proposals coming out of Brussels. The two were among a handful of nations that initially objected to the European Commission’s proposal in July for a 15 percent curb on natural gas use. Spain’s energy minister chastised countries that “lived beyond their needs from an energy point of view.” Portugal’s secretary of state for energy pointed out that Europe was asking Portugal and Spain to share the pain in case of shortages after it had been unwilling to invest in building a shared energy network that could have lowered Iberia’s costs. Why should their citizens suffer higher prices now?

The members of the European Union eventually agreed to a sliding scale of voluntary reductions, which Mr. Tagliapietra called “an unprecedented step forward” in E.U. coordination. But the episode illustrates how difficult negotiating such arrangements can be.

Duarte Cordeiro, the energy and environment minister of Portugal, commended the E.U. for recently having been more responsive to his country’s concerns, but he added that there had once been a harmful “imbalance” in priorities and that southern Europe had been neglected.

His office estimated the cost of improving the capacity of L.N.G. shipments from Sines to Central Europe at 12 million euros, or about $12 million. A gas pipeline linking Spain’s network with the port would cost between €300 million and €350 million.

Carlos Torres Diaz, the head of gas and power markets research at Rystad Energy, a consultancy in Norway, said national priorities had at times conflicted with efforts to create a more integrated energy system even though such an approach would benefit the union as a whole.

Such a system could mean, for example, that excess electricity produced primarily by wind in Portugal and by the sun in Spain could ease shortages in the rest of Europe.

Portugal has at times in the past sent electricity that it doesn’t use during the night to Spain, said Jaime Silva, the chief technology officer at Fusion Fuel, a Portuguese company that in August received a $10 million grant from the government to develop a green hydrogen project in Sines. The company’s offices occupy the site of a shuttered Siemens transformer factory. A model hydrogen generator powered by the sun sits on the lawn out front.

He said it would be relatively easy and quick to install electrical cables through France that could transfer that energy farther north.

“Before this crisis,” Mr. Silva said, “it was just Portugal and Spain saying, ‘We want to sell that energy,’ but the response from France was, ‘No, no, no.’”

“Now,” he said, “we have Portugal and Spain saying, ‘We want to sell,’ and the other countries are saying, ‘We need to buy.’”

“If France doesn’t want to buy it,” Mr. Silva added, “at least allow us to sell it to Germany, to Hungary, to the Czech Republic, to Austria, to Luxembourg, to Belgium, because those countries need energy right now.”

Portugal and Spain’s ability to generate cheap electricity from wind, sun and water is putting pressure on Europe’s energy markets in other ways. They have argued that the European Union needs to reconfigure a system that currently bases the price of electricity on the price of gas. The power market was designed to encourage the development of renewable energy at a time when gas was cheap. But skyrocketing gas prices have caused electricity prices to explode.

After pressure from Portugal and Spain, the European Union agreed in June to what is being called the “Iberian exception”: The two countries can cap the price of electricity, and decouple it from the price of gas, for one year.

The arrangement was condemned by critics who said it interfered with the market, but other leaders have since joined the push for revamping the price structure.

Ursula von der Leyen, the president of the European Commission, said on Monday that the current system didn’t work. “We have to reform it,” she said. “We have to adapt it to the new realities of the domain of renewables.”

Michael E. Webber, a professor of energy resources at the University of Texas at Austin, said the transition period was the most difficult. “There will be a lot of flailing around to find a solution for a very complex problem,” he said, adding, “Solutions take two to five years, and the crisis is now.”

Meanwhile, he said, Europe is “muddling along as best it can.”