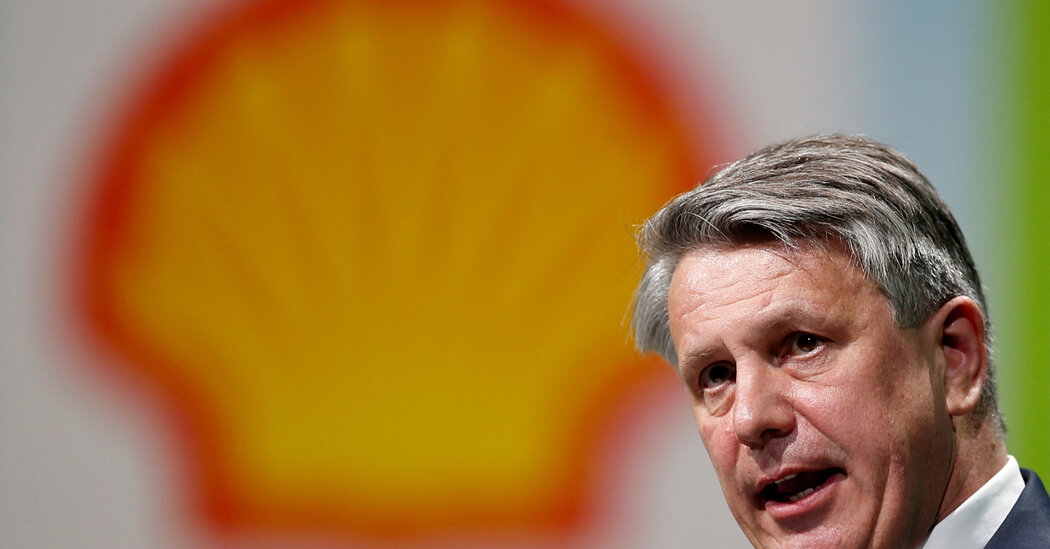 Shell, Europe’s largest oil company, said on Thursday that Ben van Beurden, who has served as chief executive since 2014, would step down at the end of the year. He will be succeeded by Wael Sawan, who currently heads a unit that includes the company’s lucrative liquefied natural gas business and its investments in clean energy, including wind and solar power.

Mr. van Beurden, 64, whose departure was not a surprise, has steered Shell through a turbulent time and is leaving on a high note — at least for investors in oil and gas, who are seeing record profits and payouts. Consumers, on the other hand, are fuming about paying high prices at the pump and to heat their homes as energy costs have soared in the wake of Russia’s invasion of Ukraine.

Mr. van Beurden has also been in the forefront among oil industry chief executives in acknowledging the role that burning fossil fuels plays in climate change. He has been criticized, though, for not moving fast enough to invest in clean energy.

Mr. Sawan, 48, is a less prominent figure, having spent most of his career on the oil and gas side of the business before moving recently to L.N.G. and renewable energy unit. He is well versed in the petroleum-rich Middle East, and formerly ran Shell’s business in Qatar.

He will now become one of Europe’s leading industrialists and, almost automatically, a public figure and a focal point for criticism from environmental activists.

Analysts said the appointment of Mr. Sawan, a dual citizen of Lebanon and Canada who grew up in Dubai, was unlikely to herald revolution at Shell.

Mr. Sawan “is well respected by the investor community, and the shift is likely to be more of a continuation” of strategy set under Mr. van Beurden, said Biraj Borkhataria, an analyst at RBC Capital Markets, an investment bank, in a note to clients.

The ability of Mr. van Beurden, who is Dutch, to navigate in the European political and cultural environment in which Shell must operate may be missed. He seemed to enjoy sessions with journalists and was willing to engage with even harsh critics.

In 2015, shortly after becoming chief executive, Mr. Beurden led one of the largest industry takeovers in years, the acquisition of BG, a British oil and gas company that was a major player in L.N.G., for $70 billion. The deal was criticized as too expensive at the time but looks wiser at current prices, analysts say.

Mr. van Beurden suffered a bitter blow last year when a court in the Netherlands, then Shell’s home country, ordered it to move much faster on reducing emissions. Afterward, Mr. van Beurden led a move of the company’s headquarters to London, mostly citing tax reasons.

Mr. van Beurden also took flak during the pandemic for slashing Shell’s dividend for the first time since World War II, as oil and gas prices plummeted. And less than a year ago, Third Point, a major hedge fund, was calling for Shell’s breakup.

This year, fueled by record profits as oil and gas prices have risen and with Shell’s staff reduced by job cuts, the company will pay out close to $30 billion in dividends and stock buybacks to shareholders, Mr. Borkhataria estimates.

During much of his time as chief executive, Mr. van Beurden courted Russia and, especially, Gazprom, the state-controlled gas exporter. After Russia invaded Ukraine this year, he was quick, though, to begin severing those ties, including a valuable natural gas export joint venture on Sakhalin Island in the Russian Far East.

Two other candidates to succeed Mr. van Beurden, Maarten Wetselaar, who preceded Mr. Sawan in running the gas and renewables unit, and Jessica Uhl, who was chief financial officer, have left Shell in the past year.