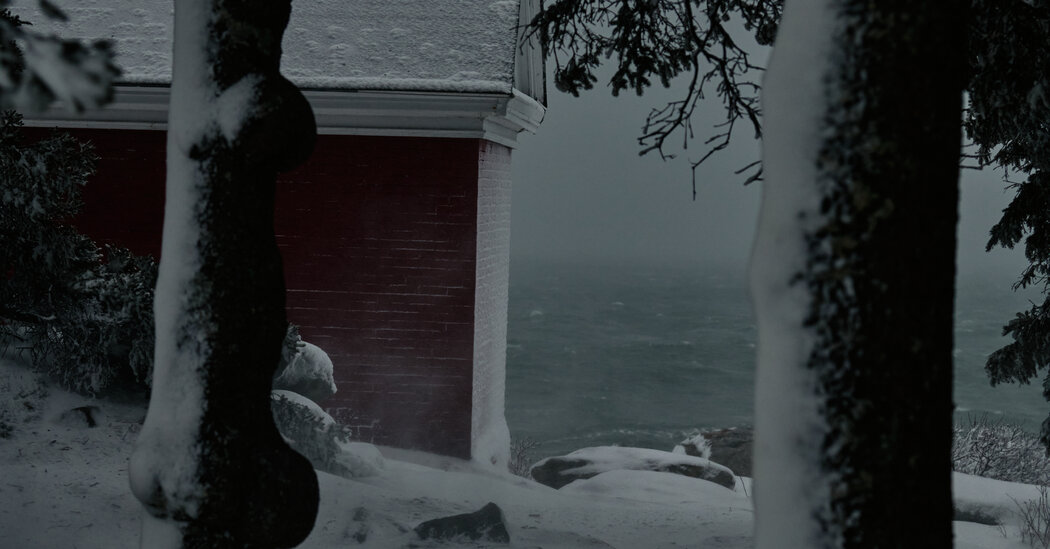 Last winter, Michael Jandro and Jillian Park could have faced heating costs that rivaled the $806 monthly mortgage payment on their Maine farmhouse.

The couple heat their 135-year-old home with oil, the most expensive of the major heating sources and a common one in Maine, where many residents start bracing for the financial burden long before the first freeze.

With each of them injured on the job and unable to work, Mr. Jandro, 43, and Ms. Park, 52, qualified last year for the Low Income Home Energy Assistance Program, or LIHEAP, a federal initiative that helps vulnerable Americans cover their heating and cooling bills. They paid about $1,500 in heating for the entire winter while the assistance covered the rest. Without that help, Mr. Jandro said, “we would be lost.”

The struggle for low-income families to heat their homes is familiar, but for many, this winter will be even tougher than last.

Energy costs have been a source of significant pain for Americans who are dealing with the fastest inflation in 40 years. Russia’s invasion of Ukraine has put a strain on global energy supplies, pushing up fuel prices.

And while people can choose a cheaper protein at the grocery store or repair a vehicle instead of replacing it, there is often only one choice when heating a home.

“You can’t switch the way you heat your home based on fuel prices,” said Mark Wolfe, the executive director of the National Energy Assistance Directors’ Association, which projects that heating costs will rise 12.3 percent this year — even faster than overall inflation. For natural gas, the country’s most common heating source, the association expects an increase of more than 20 percent, to $856 for the heating season, from $709 a year ago.

In recent years, the Home Energy Assistance Program has received an annual appropriation of almost $4 billion. The American Rescue Plan, a big pandemic relief package in 2021, provided an extra $4.5 billion. But help on that scale appears unlikely to be repeated.

The House and Senate appropriations committees have approved funds akin to the prepandemic allocation for the fiscal year that starts Oct. 1. In early August, 58 members of Congress signed a letter urging the committees to increase the funding.

“With the end of the stimulus funds for LIHEAP, states will have few choices but to reduce the size of the average grant and the number of households served,” Mr. Wolfe said.

Each state sets eligibility for the program, based on income. For a family of four in Maine, the maximum gross income is $59,348. Local nonprofit groups, in most states, help distribute the federal money, which recipients receive as a credit on their energy bills. The average benefit was $758 per household last winter in Maine.

Mr. Jandro and Ms. Park get their aid through the Aroostook County Action Program, which helped cover the couple’s cost to replace their furnace with a more energy-efficient one after it failed last winter and is helping them install a heating pump. The couple expect those changes to lower their heating bills.

“People don’t spend a lot of money on fun stuff, because they’re so worried about the furnace bill the next winter,” said Mr. Jandro, who lives in Ashland, a northern Maine town of 1,300 people, where the overnight low in midwinter can fall below zero Fahrenheit.

The Aroostook County group also helped Sadie Webb and her partner, Joseph Keaton, who live in a mobile home in Fort Fairfield. Without the aid, heat would have cost roughly $250 a month for the winter, but they wound up paying about $500 for the season.

Making ends meet remains a challenge: Ms. Webb works at a convenience store while Mr. Keaton does seasonal work but mainly stays home to care for their 10-month-old daughter, Ezme. “It just kind of feels like a never-ending cycle of being broke,” Ms. Webb said.

In Maine, 93 percent of the households served by the heating assistance program have residents who are over 65, under 6 or disabled, according to the Maine State Housing Authority. Pasquale Umbro, an 85-year-old retiree who lives in Lewiston, is among them.

“I had so much pride in my generation, I wouldn’t even ask for assistance,” said Mr. Umbro, who lives alone in a three-bedroom ranch house that he heats with oil. “This was the only thing in my life that I did ask for.”

The assistance can be lifesaving for some. When Americans don’t have enough money to heat their homes, they sometimes turn to potentially deadly solutions — using space heaters known to cause fires or enduring freezing temperatures for long periods. In January, at least 19 people died in a Bronx fire linked to a space heater.

“We’ve had, over the years, fires and even deaths because of unsafe heating options that people choose because they can’t afford to pay their heating bill,” said Sharon Scott-Chandler, the chief executive of Action for Boston Community Development, a nonprofit group in Boston that helps distribute the heating assistance funds.

Sydney Fuller-Jones, a 60-year-old Department of Public Health worker who lives in Boston, remembers times when she and her husband could not afford oil to heat their home and water. To give their children a bath, they would warm a large pot on the stove.

“I pray — a lot,” she said. “Because some things and situations are just beyond your control.”