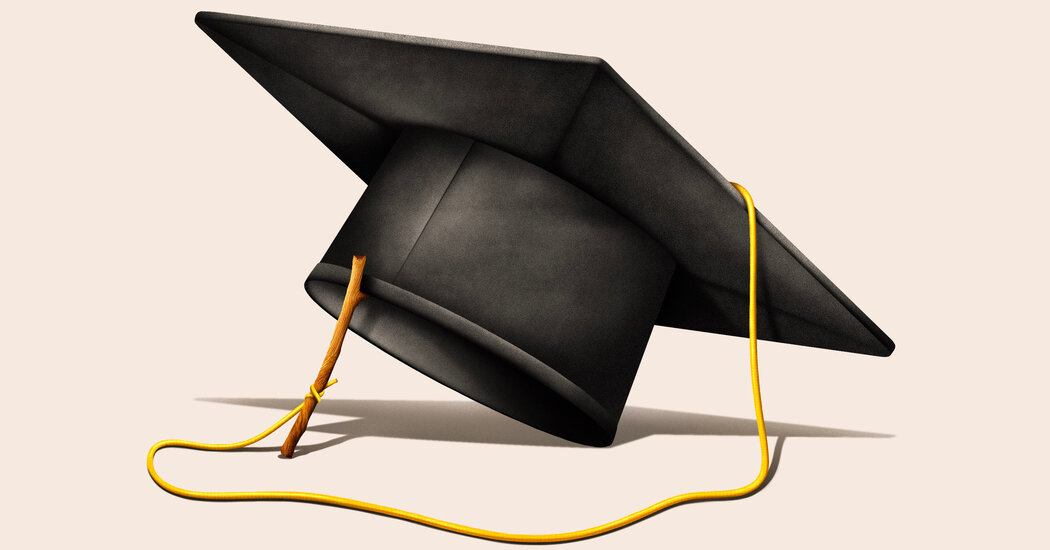 Student Loan Subsidies Could Have Dangerous, Unintended Side Effects

The centerpiece of the student debt-relief plan that President Biden announced last month is his decision to cancel up to $20,000 per borrower in federal loans. But the more far-reaching — and, over time, more expensive — element of the president’s strategy is his blueprint for a revamped income-linked repayment plan, which would sharply reduce what many borrowers pay every month.

It could, however, have unintended consequences. Unscrupulous schools, including for-profit institutions, have long used high-pressure sales tactics, or outright fraud and deception, to saddle students with more debt than they could ever reasonably hope to repay. By offering more-generous educational subsidies, the government may be creating a perverse incentive for both schools and borrowers, who could begin to pay even less attention to the actual price tag of their education — and taxpayers could be left footing more of the bill.

“If people are taking out the same or more amount of debt and repaying less of it, then it’s just taxpayers bearing the brunt of it,” said Daniel Zibel, the chief counsel at the National Student Legal Defense Network, an advocacy group.

Experts are particularly concerned about how the new subsidies could be manipulated by for-profit colleges, many of which have a record of persuading people to take on high debt for degrees that often fail to deliver the kind of earnings boost the schools advertise.

Sharon Arnold, 44, a first-generation college student, enrolled at the University of Phoenix in 2009 because she viewed higher education as a pathway out of her $12-an-hour service job. She was drawn in by the school’s online programs for working adults and ads promoting its career-placement services.

Pell grants and federal loans covered her tuition, but the bachelor’s degree she earned four years later in human services management did not improve her job prospects. Though she was reluctant to take on more debt, career counselors urged her to pursue an M.B.A. She said she was told that it would increase her earning power, and that the school had partnerships with major employers that gave its graduates hiring preference.

But once again, her job hunt was fruitless. Ms. Arnold, who lives on the outskirts of Oklahoma City, now earns $16 an hour working in hospitality and owes the government $126,000 in student loans more than a decade after she first enrolled at Phoenix. The debt has prevented her and her husband from being approved for a mortgage to buy a house.

Ms. Arnold’s alma mater has long been in the cross hairs of watchdogs for what they have said is a pattern of deceptive claims. The University of Phoenix has paid more than $127 million over the last two decades to settle government lawsuits over illegal tactics, such as tying its recruiters’ pay to the number of students they enrolled and running deceptive marketing campaigns that falsely claimed partnerships with big companies.

The University of Phoenix is on a list of 150 schools that the Education Department said showed strong signs of “substantial misconduct.” (The list is included in a legal settlement the department reached in June that will, if finalized, cancel $6 billion in federal student loan debt for 200,000 borrowers, including Ms. Arnold.) The school is among more than a dozen on that list that are still operating. It remains eligible for federal student loans, and relies on them for nearly all its revenue.

Andrea Smiley, a spokeswoman for the University of Phoenix, said the school was “proud of all of our one million graduates, and we employ several student support initiatives, including a tuition price guarantee, academic and career coaches, career services for life, and 24/7 online support, among other efforts.”

She added that the school “adamantly” disagreed with any implication that it has ever acted improperly. The University of Phoenix did not comment on the Biden administration’s loan cancellation plan.

Past efforts to rein in poorly performing institutions have been derailed by lobbying, litigation and shifting political tides. The government’s most forceful hammer — a regulation put in place during the Obama administration known as the “gainful employment” rule, which threatened to cut off federal aid funds to for-profit schools whose students earned too little to pay off their loans — was scrapped in 2019 by Betsy DeVos, the education secretary under President Donald J. Trump.

The new subsidies could also make students less cautious about taking on high debt. The Education Department has not yet published the details of Mr. Biden’s new repayment plan, but the outline the president described last month could transform higher-education financing, especially for undergraduate degrees, by shifting more of the costs from borrowers to taxpayers.

Jason Altmire, chief executive of the Career Education Colleges and Universities, a trade group that represents for-profit colleges, said, “As several economists have argued, the new repayment plan could drive up costs across all sectors of higher education and incentivize students to take on more debt.” He criticized the Biden administration’s proposal for an income-driven plan, saying that it would “cause more confusion and does nothing to reduce college costs.”

Around 45 million people owe the government $1.6 trillion in student loans, with the average balance hovering around $37,670. Right now, borrowers who choose an income-linked payment plan must typically fork over 10 percent of their discretionary income, defined as all earnings above 150 percent of the poverty level.

Mr. Biden wants to raise that floor and shelter earnings of up to 225 percent of the poverty level, slash the repayment rate for undergraduate loans to 5 percent of income and stop charging interest to borrowers who make their monthly payments. As with existing income-driven plans, any remaining balance would be forgiven after at most 20 years of payments.

Collectively, those changes will allow millions more borrowers to pay little or nothing on their loans. But whatever goes unpaid will ultimately be absorbed by the government — a risky proposition in a system already rife with abuses.

With what can be billions of dollars at stake, schools accused of misdeeds are highly motivated to fight back, and cutting off even the most egregiously bad actors can take years. The government relies on independent accrediting agencies to vouch for a school’s quality, but schools that lost have their accreditation — a drastic action intended to be a death knell — have sometimes managed to retain their eligibility for federal funds.

Jonathan Glater, a law professor at the University of California, Berkeley, said that the government’s options for dealing with schools’ misconduct had never been “prophylactic — they operate after the fact.”

“It would be great,” he added, “to have a regulatory scheme that could actually prevent harmful conduct, and it’s kind of surprising that there’s not more clamoring for that.”

The Education Department said in a written statement that the Biden administration “is committed to preventing a future student debt crisis by holding colleges and universities accountable if they leave students with mountains of debt or without good jobs.”

The department said recently that it was rebuilding its Federal Student Aid unit’s enforcement team — which was dismantled by Ms. DeVos — and that it would more actively police accreditors.

That’s a start, but the agency needs to move faster, said Aaron Ament, who worked on enforcement issues at the Education Department during the Obama administration. In particular, he would like to see the gainful employment rule, which Ms. DeVos rescinded, come back into effect.

“The rule is one of the best front-end accountability measures we have to weed out failing programs,” Mr. Ament said.

Ms. Arnold, the University of Phoenix graduate, is proud of her degrees, but in hindsight, she said she would never have run up so much debt had she realized how little her studies would pay off financially. “As hard as I’ve worked on my education, as many hours as I put in, I also wanted a good return on investment,” she said.

The University of Phoenix wants her back. Last month, it sent her emails offering a scholarship of up to $3,000 if she returned to pursue a doctoral degree. Ms. Arnold declined the offer.