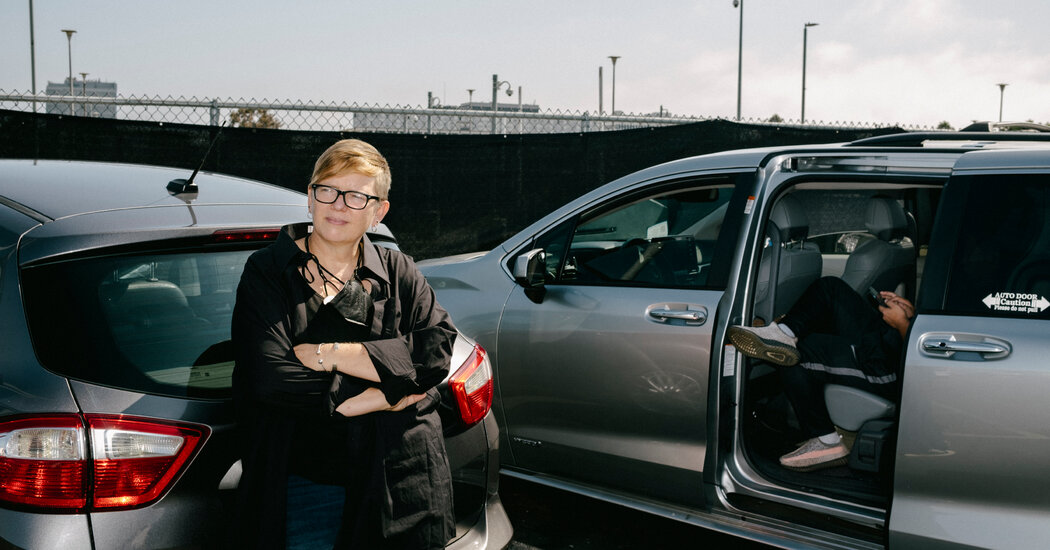 The Flaw in Biden’s Pro-Labor Record: Uber Drivers Are Still Waiting for Help

As a part-time Lyft driver in 2020, Nicole Moore was listening carefully when Joseph R. Biden Jr., a candidate for president, said the refusal by ride-hailing companies to treat their drivers as employees “deprives these workers of legally mandated benefits and protections.”

Labor activists like Ms. Moore, who runs an advocacy group in California called Rideshare Drivers United, hoped that Mr. Biden, as president, would spearhead a flurry of activity aimed at forcing companies in the gig economy like Uber, Lyft and DoorDash to classify drivers as employees rather than independent contractors. Such a change would mean paying the drivers a minimum wage, giving them benefits and making them eligible to unionize.

Instead, a year and a half into Mr. Biden’s presidency, little has been done at the federal level to address independent contractors. Enforcement of existing labor laws has not been notably beefed up. And the president’s nominee to lead the Labor Department’s enforcement division was voted down by the Senate, including by several Democrats.

The administration’s plans to rewrite regulations have not materialized, in part because of court rulings, while Democratic efforts to change the law in Congress have stalled.

“There is a strong sense that the promise of what could have been has not been met,” said Veena Dubal, a professor at the University of California’s Hastings College of Law who has argued that drivers deserve to be treated as employees. “It’s not surprising, but very disappointing.”

Administration officials counter that Mr. Biden has been strong on labor issues and unions, and that they have been hamstrung by a recent court decision that extended a Trump-era rule making it easier for companies like Uber to argue their workers should be classified as independent contractors under federal law.

In statements, the White House and Labor Department emphasized the importance of addressing worker misclassification but did not single out gig companies like Uber.

“The president ran on an aggressive and comprehensive approach to addressing worker misclassification,” said Alexandra LaManna, a White House spokeswoman who used to be senior communications executive at Lyft. She added, “The policy of this administration is to strengthen worker power and a solution to worker misclassification is a key part of that agenda.”

The Labor Department said it had recovered more than $9.5 million in back wages for more than 10,000 misclassified workers in the 2022 fiscal year through investigations conducted by its Wage and Hour Division.

“The Department of Labor will continue to do everything in our power to ensure that workers are protected,” said Jessica Looman, a Wage and Hour Division official. She noted that misclassification “is not a problem exclusive to workers who are assigned work through an app or a digital platform.”

But for those who hoped the new administration would quickly push for better pay and benefits for drivers, the explanations offer little solace.

Aside from procedural obstacles like the court decision, policy experts on both sides of the issue identify a broader reason for the federal inertia: There’s not a consensus among Democrats and traditional labor groups about the best way to help drivers for ride-hailing companies — or even whether the current system exploits them.

Uber and other gig companies argue that their drivers prefer being independent contractors, who are responsible for their own expenses, because of the flexibility to work whenever and however long they want. The companies cite surveys — often commissioned by the companies themselves — in which large majorities of drivers say they prefer to retain their flexible schedules.

“App-based workers have been clear: They want to remain independent,” said Kristin Sharp, the chief executive of Flex, a trade association that lobbies on behalf of gig companies.

Max Rettig, DoorDash’s head of global public policy, said DoorDash was “committed to working with policymakers, including the administration,” on balancing flexibility with benefits for drivers. He said Mr. Biden’s team had been open to hearing gig companies out.

Their argument has proved effective in Washington, especially among Republicans and more moderate Democrats on Capitol Hill, although it is less clear how well it has resonated with the White House.

But by the time Mr. Biden took office, Uber and other companies believed they had laid years of groundwork by pitching their employment model and hoped the new administration would not have a strong appetite to target them, according to labor activists and two former Uber employees familiar with policy negotiations.

Labor activists say the companies are offering a false choice between flexibility and worker protections. When the administration does tackle worker classification, many expect it to put a priority on more clear-cut cases of exploitation, such as in construction and janitorial fields, that may be easier to prove in court.

In the early days of the Biden administration, there seemed to be momentum to strengthen protections for drivers. In March last year, the House passed the Protecting the Right to Organize Act, which included language making it harder for companies to classify drivers as independent. The next month, Labor Secretary Martin J. Walsh suggested to Reuters that “in a lot of cases gig workers should be classified as employees,” sending shares of gig companies’ stock tumbling.

Then Mr. Biden nominated David Weil, an expert in labor policy and a professor, to serve as administrator of the Department of Labor’s Wage and Hour Division, a post he held under President Barack Obama. Many believed that once confirmed, Mr. Weil would have investigated whether gig companies were violating labor law and sought retroactive minimum pay for drivers.

“I was and am concerned about the creep of this idea that if you do it through a platform, that somehow puts magic fairy dust on work and transforms people from employees to independent contractors,” he said.

But Mr. Weil was never able to act on his ideas. Amid opposition from Republicans and business groups, the Senate voted him down this year, 53 to 47, with three Democrats, Joe Manchin II of West Virginia and Mark Kelly and Kyrsten Sinema of Arizona, voting no. Gig companies also opposed his nomination, with a now-defunct industry group, the App-Based Work Alliance, lobbying against him.

In July, Mr. Biden nominated Ms. Looman, who at the time was acting administrator of the Wage and Hour Division, to fill the position.

There have been other setbacks. The Protecting the Right to Organize Act has little chance of overcoming a Republican filibuster in the Senate, and a federal court in Texas ruled in March that the Biden administration had acted unlawfully when it rolled back the Trump administration’s company-friendly interpretation of the Fair Labor Standards Act, which delineates rights for workers — like a minimum wage — and determines who is eligible for them.

Because the Trump-era interpretation is still in place, lawsuits brought against gig companies by the Labor Department would likely face significant obstacles.

“My sense is that they’re potentially waiting to get a better, more expansive rule on the books and then do enforcement — but then, obviously, they may have run out of time,” said Laura Padin, the director of work structures at the National Employment Law Project, a worker advocacy group.

Gig lobbyists have also pushed their own proposals. In July, three House members introduced the Worker Flexibility and Choice Act, which would allow companies to have their workers enter “worker flexibility agreements.” These agreements would codify the workers’ status as independent contractors and exempt them from some state and federal labor law protections while giving companies the option to offer some benefits.

The bill is backed by the Coalition for Workforce Innovation, which advocates for changes to labor laws on behalf of its member companies, including Uber and Lyft.

Labor activists also worry that close ties between the Biden and Obama administrations and gig companies have made officials reluctant to make gig issues a priority, though those involved say that’s a nonfactor. Tony West, Uber’s top lawyer, is a brother-in-law of Vice President Kamala Harris. Anthony Foxx, Lyft’s former chief policy officer and now a senior adviser at the company, was the secretary of transportation for Mr. Obama. Valerie Jarrett, a senior adviser for Mr. Obama, is on Lyft’s board of directors. Anita Dunn, a top strategist for Mr. Biden, also advised Lyft before returning to the White House in May, though officials said she had recused herself from decisions involving the company.

Even members of labor unions, longtime allies of Mr. Biden, admit that his record is not perfect on gig issues.

Bill Samuel, the government affairs director at the A.F.L.-C.I.O., said he still believed the administration was “determined” to reform labor laws, but “I get that people are frustrated and impatient — we are, too.”

In California, where Ms. Moore is organizing drivers, gig companies backed a ballot measure enshrining their drivers as independent contractors, which voters passed in 2020 before a judge threw it out. The companies were also stymied in Massachusetts. But without the threat of federal enforcement, their state-by-state approach got legislation passed this year in Washington, Georgia and Alabama.

Ms. Moore said she was pessimistic about Mr. Biden’s following through on his promises.

“That was certainly the hope,” she said. “I’m old enough to learn that you can’t pin all your hopes on any one politician.”