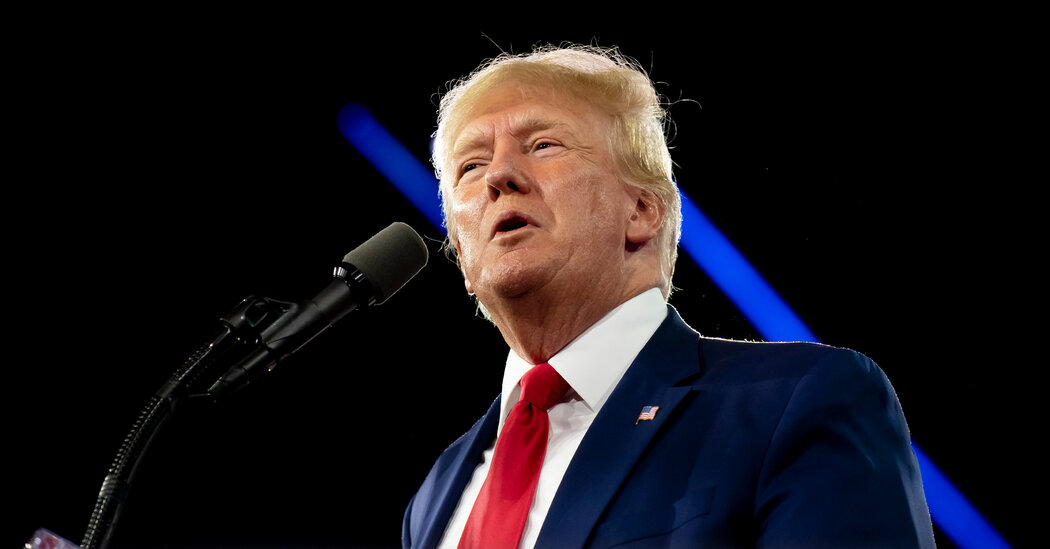 The cash-rich company that seeks to merge with former President Donald J. Trump’s upstart social media company is still scrambling to get enough shareholders to vote in favor of extending the deadline for getting a deal done.

The company, Digital World Acquisition, threw a curveball at investors on Thursday when it adjourned by a month an important shareholder meeting that was meant to close the voting period and announce the vote tally, after it came up short in votes supporting a one-year extension.

Before the adjournment, to Oct. 10, Digital World twice delayed reporting the outcome of the shareholder vote, and on Tuesday it adjourned a similar special shareholder meeting.

The adjournment buys more time for the special purpose acquisition company, or SPAC, to gain more support for the extension. The company is asking shareholders to give it another year to complete the merger with Trump Media & Technology, which in February started its flagship social media app, Truth Social.

Digital World needs support from 65 percent of its shareholders to get another year to complete the merger with Mr. Trump’s company. The merger has been delayed by investigations by the Securities and Exchange Commission and federal prosecutors.

It is not clear how close Digital World has come to the 65 percent threshold, but the company has struggled to get the many retail investors who own shares to vote in favor of the extension.

Thursday was supposed to be the deadline for completing the merger, according to Digital World’s corporate charter, and, if it had failed, the day the SPAC would have to liquidate and return to investors the $300 million it raised in its initial public offering.

In a regulatory filing this week, the company said that if its shareholders did not approve the one-year extension, the sponsors of the SPAC would extend the deadline for another three months by depositing the $2.8 million into a special bank account established for the benefit of shareholders.

Patrick Orlando, the chief executive of Digital World and a sponsor of the SPAC, made no mention of the $2.8 million payment during the brief special meeting on Thursday. He did not take questions from shareholders.

Last year, three dozen hedge funds committed to providing $1 billion in additional financing to Digital World and Trump Media, and it is unclear how Thursday’s deferment will affect that agreement.