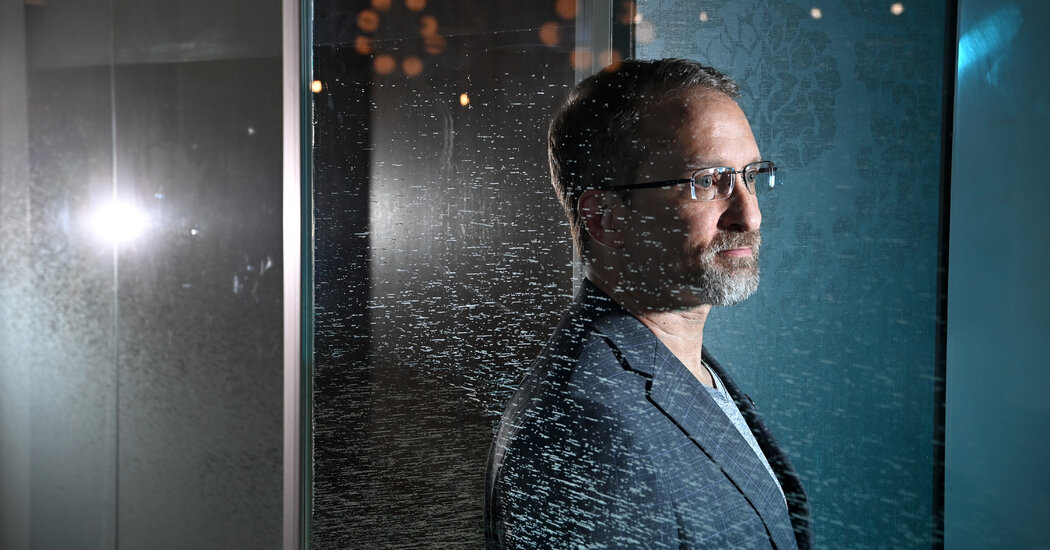 Peiter Zatko, Twitter’s former head of security, is scheduled to testify this morning before the Senate Judiciary Committee about his explosive whistle-blower report claiming that the social network fails to protect user data and is vulnerable to hackers. Zatko, who is known as Mudge, has taken center stage in Elon Musk’s legal fight to get out of the Twitter deal since he went public last month — and both sides will be watching the hearing as they gear up for the October trial. In a fun twist, the shareholder vote on Twitter’s sale to Musk is also today. Expect it to be approved.

Musk is now citing Zatko’s accusations as a reason he should be able to get out of the deal. Judge Kathaleen McCormick, who is overseeing the trial, ruled last week that Musk can amend his case against Twitter to incorporate Zatko’s claims. Musk’s lawyers have now sent Twitter several letters citing Zatko as an additional reason the deal should be called off. The first said that Twitter should have disclosed Zatko’s claims in a securities filing, and that if Twitter is in violation of an F.T.C. consent decree, as Zatko claims, the company could be breaching the terms of the deal. Musk’s lawyers later followed up to say that a $7.8 million payout by Twitter to Zatko was also a breach. Twitter contested all of those claims.

The Twitter deal is only tangential to the Zatko hearing. Zatko’s security warnings about Twitter are most likely the committee’s central focus. “If these claims are accurate, they may show dangerous data privacy and security risks of Twitter users around the world,” Senators Dick Durbin and Chuck Grassley said in announcing Zatko’s testimony.

Will Zatko’s accusations constitute a “material adverse effect,” justifying Musk walking away from the deal? “How terrible everything is for society doesn’t matter” for the lawsuit, Ann Lipton of Tulane Law School told DealBook. Zatko’s testimony will be pertinent to Musk’s legal team only if he lays out problems specific to Twitter that could cause the company real financial harm, or demonstrates that Twitter committed fraud with misleading statements in its regulatory filings or correspondence about the deal, Lipton said. If that’s not the case, Musk will have to rethink his strategy for wriggling out of the deal.

Goldman Sachs may lead a wave of Wall Street job cuts. Yesterday, DealBook’s Lauren Hirsch broke the news that the bank planned to lay off hundreds of workers as soon as next week. A slowdown in deals has led many Wall Street firms, which had paused layoffs during the pandemic, to conclude they have too many bankers.

The E.U. moves toward rationing power. The political bloc’s executive arm is weighing asking member countries to impose mandatory targets for cutting power use, its latest effort to extend fuel reserves and keep a lid on prices. Members are expected to push back, but news of the deliberations helped drive down natural gas prices.

Uber will pay New Jersey $100 million in back taxes, plus interest. The state had accused the ride-hailing company of misclassifying its drivers for years as contractors instead of employees. But Uber denied that the payment signaled it was retreating from its argument that its drivers shouldn’t be classified as employees.

Peloton’s co-founder is leaving. John Foley, the home-fitness company’s executive chairman and former C.E.O., is resigning immediately; no reason was given. His departure comes as Peloton struggles to turn itself around, having lost money in six consecutive quarters.

All eyes on today’s C.P.I. number

This morning, before the opening bell, the government will report consumer price inflation data for August. After months of soaring prices, consumers got a reprieve in July. Economists believe last month was more of the same, with inflation falling to a still-high 8 percent annual rate, down from a peak of 9 percent in June.

Many on Wall Street, though, believe any relief will be temporary. “I think the biggest mistaken belief investors have today is that we will return to pre-Covid pricing,” Greg Jensen, co-chief investment officer of the hedge fund Bridgewater, told attendees of the SALT investment conference in New York yesterday. “We are in the early stages of a world that is less globalized, more energy stressed, more politicized.” Jensen delivered a bearish prediction of “stubbornly high” inflation, recession and even stagflation.

The good news: Falling gas prices are tamping down inflation. Elevated energy prices act as a kind of consumption tax, slowing other purchasing. Now the opposite is happening. Bank of America reported on Friday that spending on gasoline by its card customers had dropped for 13 straight weeks, by 25 percent, and that was “fueling a near-term consumer bounce.”

The bad news: Lower gas prices could ultimately lead to more inflation down the road. More spending power, thanks to cheaper gasoline, could lift consumer demand for other goods, wrote Aditya Bhave, a global and U.S. economist at Bank of America.

Main Street remains gloomy. In a Goldman Sachs survey of American small businesses, released this morning, 77 percent of respondents said inflationary pressures had increased over the past three months, hurting their ability to hire and expand as customers cut back. Nintety-one percent of those surveyed said inflation could influence how they vote in November’s midterm election, as they size up the field for the most pro-small business candidate.

For more on today’s C.P.I. report, see The Times’s special briefing, which will be updated throughout the day.

Members of Congress continue to trade a lot of stocks

The issue of lawmakers trading stocks and other securities, despite potential conflicts of interest with their legislative duties, has been a growing topic of contention inside and outside of Congress. A new analysis by The Times shows just how pervasive that trading is.

Nearly a fifth of current senators or representatives reported trades, either by themselves or by family members, between 2019 and 2021. The Times identified over 3,700 transactions, or more than 10 percent of trades by members of Congress recorded in the Capitol Trades database, that were potentially problematic.

The timing alone is bound to raise questions about some transactions. The Times’s analysis flagged trades that intersected with lawmakers’ legislative committee responsibilities. Two examples stood out:

Both lawmakers said the trades were handled by stockbrokers without their involvement.

Congress has proposed ways to tighten trading rules for its members, with the issue gaining rare bipartisan support. But, The Times reports, whether any of those bills will clear both chambers of Congress and reach President Biden’s desk this year is very much in doubt.

— Landen Purifoy, a 22-year-old creator of short videos, who says he can attract more viewers producing content for TikTok, YouTube and other social media platforms than he can for Instagram Reels.

A constitutional challenge to the F.T.C.’s very existence

A growing number of companies are arguing that the F.T.C. does not have the constitutional authority to police them.

The tobacco company Altria and the e-cigarette maker Juul raised this argument yesterday in their fight against a partial merger challenge that the F.T.C. lost in its administrative court earlier this year, and is now appealing. At the hearing, Noah Phillips, an F.T.C. commissioner, cited a landmark 1935 Supreme Court ruling on the F.T.C.’s constitutionality, asking what has changed since then. The justices themselves might soon answer the question.

The Supreme Court has already expressed skepticism of federal agencies’ power. In June, the court’s majority ruled that the Environmental Protection Agency had overreached when limiting carbon emissions. That decision signaled definitively that the court’s conservative majority might also be skeptical of the reach of other executive agencies — and there is no shortage of litigants teeing up similar arguments in federal and administrative courts with the hopes of taking them to the top for review.

The justices will soon hear arguments on a key jurisdictional element of these claims. The body-cam developer Axon Enterprise, which is challenging an F.T.C. merger review, wants the Supreme Court to say that it can fight the commission in federal court while the administrative case is underway, rather than waiting until the internal procedure is complete. The matter will be heard along with a case from an accountant facing S.E.C. charges who is challenging that commission’s constitutionality. Although the Supreme Court will not be deciding the underlying questions — whether the agencies and their processes are constitutional — a ruling for Axon and the accountant could lead to a tidal wave of federal court challenges, one of which the justices could end up reviewing.

“The F.T.C. lacks constitutionally valid authority to initiate litigation,” lawyers for Walmart recently wrote in a motion to dismiss charges that it violated telemarketing rules. They argue that a lot has changed about how the F.T.C. operates since that 1935 Supreme Court decision, and that it’s time to reconsider. What goes without saying, after the last rather dramatic term, is that the justices might be inclined to agree and eager to take up one of these cases.

Thanks for reading! We’ll see you tomorrow.

We’d like your feedback. Please email thoughts and suggestions to dealbook@nytimes.com. 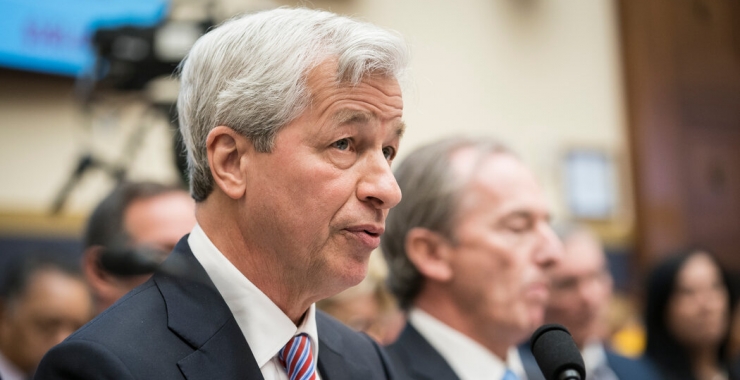 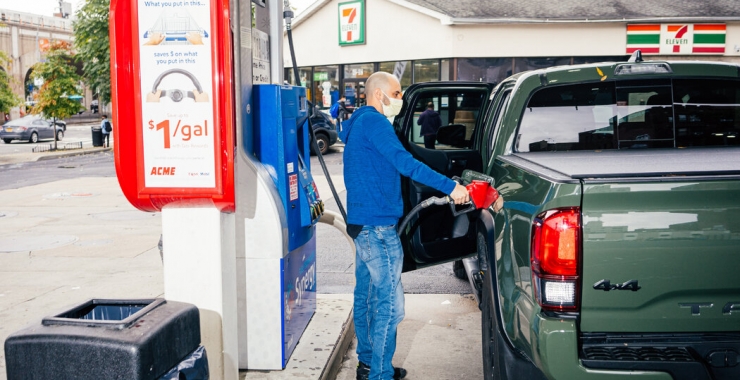