Home / Blog / Business / What We Know About the Railroad Labor Deal 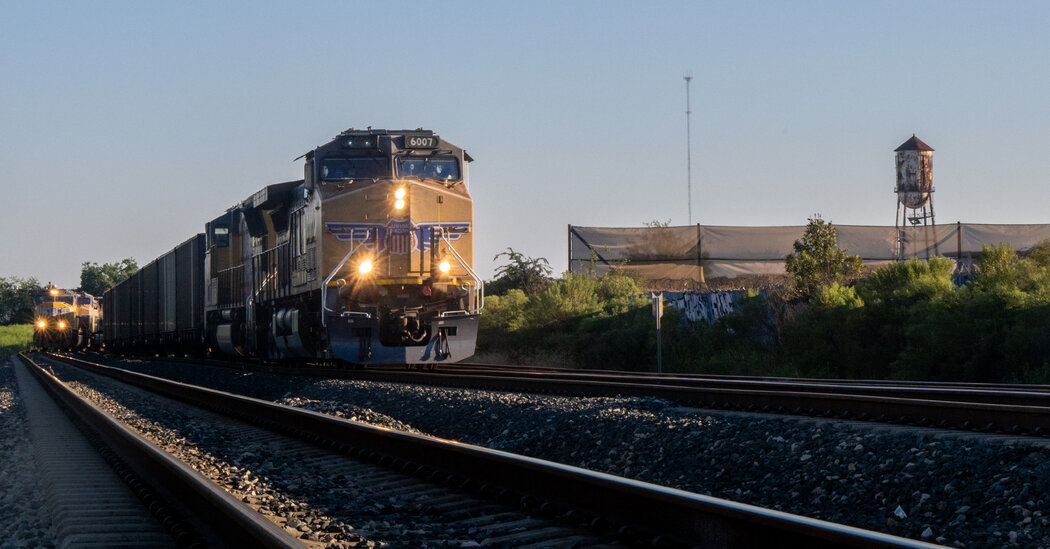 What We Know About the Railroad Labor Deal

Early on Thursday morning, freight rail companies and unions reached a tentative agreement to avoid a strike that could have begun on Friday. The agreement now heads to union members for a ratification vote. Workers have agreed not to strike while the vote is tallied.

The deal ended an impasse between the rail industry and tens of thousands of workers across the country, averting a shutdown of a critical network that could have made it virtually impossible to transport the vast numbers of products — from oil to grain — that are carried on trains in the United States.

In recent days, the White House has sought to avoid a work stoppage, which would have come at an inopportune time for the Biden administration and exacerbate already high inflation and disrupt Americans’ travel and businesses.

With the midterm elections approaching in November, President Biden and other administration officials have been focusing largely on the economy in their pitch to voters, with a particular emphasis on the Inflation Reduction Act. A major labor strike — particularly an enduring one — would complicate his narrative about the health of the economy under his leadership. At the same time, the president has portrayed himself as an ally to labor.

What was the dispute between railroads and unions about?

The two main sticking points were over-scheduling and sick time. The railroad companies had been unwilling to agree to labor groups’ request that workers be able to see a doctor or attend to a personal matter without risking disciplinary action. Union representatives also said that workers often have long shifts scheduled on short notice.

What’s in the tentative deal that the railroads and unions negotiated?

The Association of American Railroads, an industry group, said in a statement that new contracts would include a 24 percent increase in wages in the five years from 2020 through 2024. There would also be a payout of $11,000, on average, when the agreement is ratified, the association said.

“These rail workers will get better pay, improved working conditions and peace of mind around their health care costs, all hard-earned,” President Biden said. “The agreement is also a victory for railway companies who will be able to retain and recruit more workers for an industry that will continue to be part of the backbone of the American economy for decades to come.”

What’s at stake for travel, supply chains and inflation?

The labor negotiations did not involve Amtrak employees, but the company on Wednesday announced the cancellation of long-distance passenger trains because it uses freight tracks that could be disrupted by work stoppages. On Thursday, it said it was “working to quickly restore canceled trains.”

Rail freight is the centerpiece of the global supply chain, which has already been disrupted by the pandemic, with cargo ships, trains and trucks facing continued difficulties transporting goods. A strike would slow down the circulation of goods within the United States and with overseas trade allies.

The rail system also brings some crude oil from Canada into the United States, and helps export American gasoline and diesel to Mexico. A disruption to those movements could send gas prices, which have steadily fallen since June, back up. Fuel prices are a major driver of overall inflation.