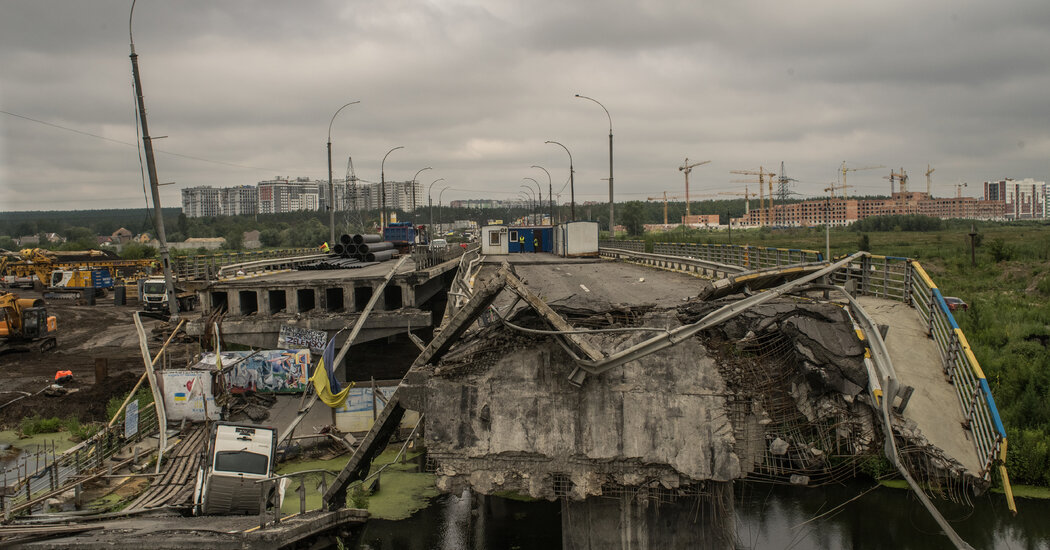 President Volodymyr Zelensky of Ukraine met with Laurence D. Fink, the head of BlackRock, the world’s largest manager of assets, to discuss how to attract investment in the country’s war-ravaged economy.

In a videoconference, the two discussed how BlackRock, which oversees $8.5 trillion invested all over the world, could provide “pro bono advice to the Ukrainian government on setting up a reconstruction fund in support of the recovery of the Ukrainian economy,” according to a statement released on Monday by Mr. Zelensky’s office. (The call was held last Thursday.) The fund would be arranged for “both public and private investors to participate in reconstructing and rejuvenating the market economy in Ukraine,” the statement said.

“We’ve shown that we know how to win on the battlefield,” Mr. Zelensky said in the statement. “Another important task for us is to achieve victories in the economy as well, and to be an attractive country for investors.”

The advice would be provided by BlackRock’s Financial Market Advisory team, which works with financial institutions, regulators and governments, and is separate from the company’s investment management business.

Estimates of the cost to rebuild the infrastructure hit hardest by the war with Russia, and revive the country’s shattered economy, vary widely. The Ukrainian government has put the bill at $750 billion, while others have estimated around $100 billion, still a significant sum. The International Monetary Fund has said that Ukraine needs $5 billion per month to pay government salaries and pensions, and to cover other expenses. The fund has already provided over $1 billion to help Ukraine keep up on outstanding government debt payments.

Much of the money to rebuild Ukraine’s economy would probably come from donor countries, in the form of grants or long-term loans, given the precarious state of the Ukrainian government’s finances. The United States, the European Union and others have provided billions of dollars in security assistance to Ukraine, in addition to pledging extensive economic aid.

Attracting private investors in Ukraine is challenging while the war still rages. Ukraine’s government has encouraged entrepreneurs with grants, zero-interest loans and other financial support, with companies large and small restructuring and relocating, altering the country’s economic geography. An end to the fighting, along with extensive insurance and other arrangements to attract international private investment in Ukraine’s fragile economy, would be necessary before Ukraine could “restore a normal investment climate,” as Mr. Zelensky described his goals in the statement.

Many of Ukraine’s public and private lenders, including BlackRock, have agreed to a freeze on payments on tens of billions of dollars in debt.

Ukraine’s postwar investment push also has to overcome perceptions of systemic corruption. Transparency International, an anticorruption watchdog, ranked Ukraine 122nd out of 180 countries on its corruption index in 2021.