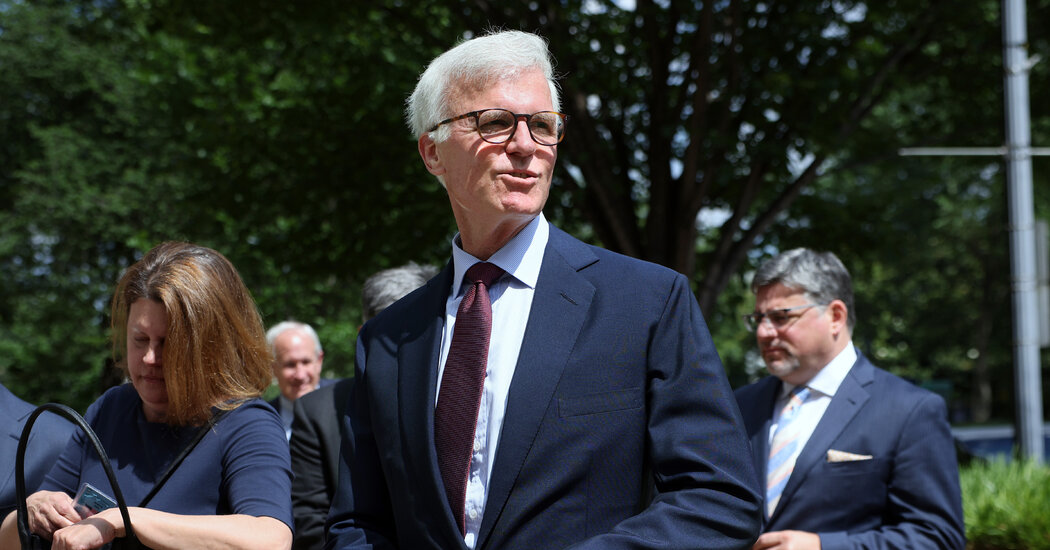 In the years after Jeff Bezos bought The Washington Post in 2013, business boomed. Droves of readers bought digital subscriptions, and the newsroom roughly doubled in size, adding hundreds more journalists.

But The Post’s business has stalled in the past year. As the breakneck news pace of the Trump administration faded away, readers have turned elsewhere, and the paper’s push to expand beyond Beltway coverage hasn’t compensated for the loss.

The organization is on track to lose money in 2022, after years of profitability, according to two people with knowledge of the company’s finances. The Post now has fewer than the three million paying digital subscribers it had hailed internally near the end of 2020, according to several people at the organization. Digital ad revenue generated by The Post fell to roughly $70 million during the first half of the year, about 15 percent lower than in the first half of 2021, according to an internal financial document reviewed by The New York Times.

Fred Ryan, the chief executive and publisher, in recent weeks has floated with newsroom leaders the possibility of cutting 100 positions, according to several people with knowledge of the discussions. The cuts, if they happen, could come through hiring freezes for open jobs or other ways. The newsroom now has about 1,000 people.

A spokeswoman for The Post said the organization was not reducing head count, and instead would be adding steadily to the newsroom and “exploring positions that should be repurposed to serve a larger, national and global audience.” She said the document showing ad revenue declines depicted an incomplete picture of The Post’s business, but she declined to detail how.

More than 20 people with knowledge of The Post’s business operations spoke for this article. Most of them would do so only on the condition of anonymity, to protect their relationships inside the organization.

The Post’s newsroom remains one of the most formidable in the country. This year, it won the coveted Pulitzer Prize for Public Service for reporting on the Jan. 6 riot at the U.S. Capitol. The publication has also, in recent years, opened hubs in Seoul and London to enable round-the-clock editing, and it has invested in coverage of topics such as personal technology, climate, and health and wellness.

Many news outlets, in addition to The Post, have experienced declining readership since former President Donald J. Trump left office. But two of The Post’s top competitors — The New York Times and The Wall Street Journal — have added subscriptions since Mr. Trump left office.

The downturn at The Post has set off frustration internally. Some top executives are concerned that Mr. Ryan, picked by Mr. Bezos to be the publication’s top business executive, hasn’t moved decisively enough to expand coverage. Some have also become irritated by the company’s halting marketing efforts, which are guided by Mr. Ryan, and inconclusive talks about acquiring another large news organization.

Mr. Ryan’s focus on productivity and office attendance in the newsroom has also been a source of tension. He has expressed his belief to members of his leadership team that there were numerous low performers in the newsroom who needed to be managed out. He has monitored how many staff members come into the office, and has weighed new measures to compel people to return to work, including threats of firings, several people at The Post said.

Many of the publication’s top leaders, including its top editor, Sally Buzbee, are urging patience. They say the company’s efforts to broaden coverage will eventually attract new readers and lead to financial success.

Ms. Buzbee said the newsroom was in the process of adding 150 positions. Mr. Ryan; Joy Robins, The Post’s chief revenue officer; and Ms. Buzbee, who joined in 2021, are overseeing a new initiative called “5 by 25,” an effort to reach five million total digital subscribers by 2025.

“There’s no question that we need to diversify what people come to us for,” Ms. Buzbee said in an interview. “That’s our whole strategy.”

Mr. Ryan declined to comment for this article. The spokeswoman for The Post noted that Mr. Ryan had championed investment, citing the creation of international news hubs, an initiative aimed at younger readers and a partnership with Imagine Entertainment, the Hollywood studio.

“These investments are aligned with our strategic road map, and we expect to see returns, both in consumer and advertising revenue, on this work in the coming year,” the spokeswoman said.

Mr. Bezos, one of the world’s richest people, has said an independent newsroom should be self-sustaining. He was a regular presence at The Post for the first few years after he purchased the company, but receded somewhat from the newspaper’s operations during the Covid-19 pandemic, according to a person with knowledge of his interactions. Zoom and phone meetings with Mr. Bezos, once held every other week, have become less frequent, as have trips by Post executives to Seattle, where Mr. Bezos lives, to solicit his input.

Mr. Bezos is still engaged, however, weighing in during budgeting season and participating in calls. He declined to comment for this article, but the Post spokeswoman said any suggestion that Mr. Bezos had become less interested in The Post was “absolutely false.”

Much of the decision-making, though, falls on Mr. Ryan, 67. A former official in the Reagan administration and chief executive of Politico, he came to The Post in 2014. He replaced Katharine Weymouth, a scion of the Graham family, which was The Post’s longtime owner. When Mr. Bezos selected him in 2014, he thanked him for taking the job, adding that Mr. Ryan was “excited to roll up his sleeves.”

The Post’s efforts to diversify its journalism beyond political coverage extends back until at least the summer of 2016. At that time, senior editors considered a plan that would expand the newspaper’s coverage to temper a decline in readership during what they thought would be the presidential administration of Hillary Clinton, according to two people with knowledge of the proposal.

The plan, code-named Operation Skyfall, was set aside after Mr. Trump won the presidential election.

As the importance of moving beyond Washington coverage became more urgent over the past year, Mr. Ryan has given some mixed signals about how ambitiously he wanted to move.

Late last year, as part of a monthslong review of the company done by an internal group called the Strategic Review Team, Mr. Ryan told executives that The Post could be the definitive source of news and information for the English-speaking world, according to people with knowledge of the meeting. At a subsequent gathering of the executives, he said The Post should be an essential source of news, which at least one person interpreted as a less ambitious goal. Others in attendance, including Ms. Buzbee, said they did not see his comments that way.

The Post’s executives have had extensive internal talks about whether to buy other major news organizations, according to five people familiar with the matter. The outlets discussed have included The Associated Press, The Economist and The Guardian, some of the people said. The Strategic Review Team noted in a multipage memo that an acquisition might make sense to expand The Post’s audience internationally, where it is not as well known.

So far, Mr. Ryan has focused on building The Post’s capacity for covering new areas rather than acquiring rivals.

Mr. Ryan’s decision to scrap some of the newspaper’s brand marketing campaigns has been another source of tension among executives at The Post, according to two people with knowledge of the paper’s branding strategy. The newspaper hired the firms Ogilvy and Buddha Jones to create advertising for The Post, but some of those campaigns were never widely distributed.

A rendering of one of those campaigns, which was never used, showed a sleek subway ad featuring the slogan: “We don’t just break news. We break ground.” The Post also filmed two reporters, Sarah Kaplan and Darryl Fears, for an ad about the newspaper’s efforts to cover the changing climate, but that spot hasn’t run.

One person familiar with The Post’s marketing strategy said the company was planning a major brand marketing push to promote its new coverage areas, including climate. Last year, The Post aired a campaign on “Jeopardy!” around the Afghanistan Papers, its investigation into the secret history of the war in Afghanistan.

The discussions about budget reductions come as Mr. Ryan has expressed annoyance with senior newsroom leaders at what he sees as a lack of productivity by some journalists at the paper. Last fall, he asked for the company’s chief information officer to pull records on which days employees held videoconference meetings, as a way to judge production levels, and found that fewer meetings occurred on Fridays, according to two people with knowledge of the matter.

He has also grown increasingly frustrated that some Post staff members are still not in the office at least three days a week, the company’s policy.

In recent weeks, Mr. Ryan asked for disciplinary letters to be drafted and sent to employees who had not made any appearance in the office this year, according to three people with knowledge of the discussions. He ultimately decided that the letters should not be sent, and that the people should be called instead. The Post spokeswoman said Mr. Ryan welcomed employee input on the return-to-office policy.

Some employees have taken their frustrations directly to Mr. Ryan. A letter addressed to Post management and sent to Mr. Ryan this month from journalists who covered the Covid-19 pandemic cited “grave concerns” about the policy.

“Such decisions are extremely personal and consequential,” the letter said, “and we urge management to allow employees to make these decisions without fear of punishment from their employer.”